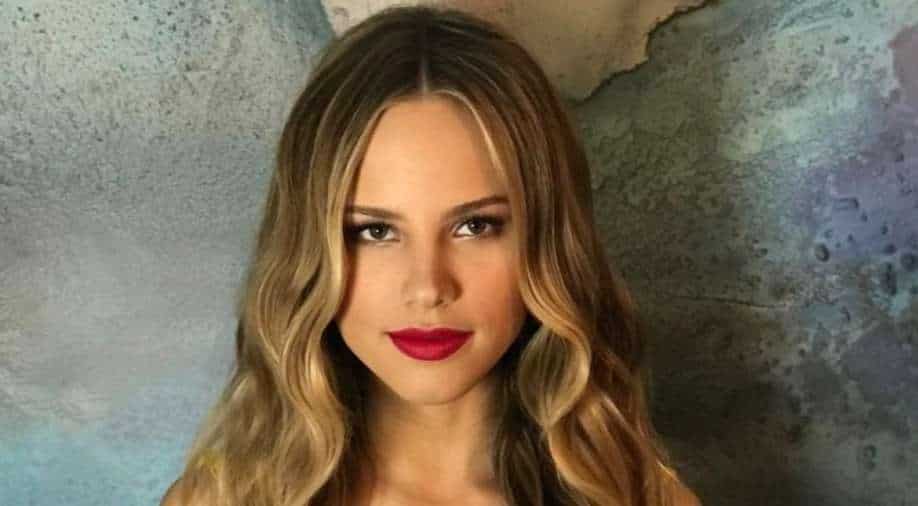 'The List' is being produced by Nickel City Picture's Tobias Weymar, Annie Mahoney and Mark Fasano.

Hollywood actor Halston Sage, of 'Prodigal Son' fame, is all set to star in independent film 'The List', reports claim.

The actor will also be executive producing the project. According to reports, Melissa Miller Costanzo will direct the film and the script for the same will be penned by Rob Lederer and Steve Vitolo.

Also read: Kristen Stewart had to remind herself she's not Princess Diana for this reason

'The List' revolves around Abby (played by Halston Sage), who is gearing up for her big wedding and life is hunky-dory. But, as fate would have it, she soon learns that her beloved fiancé has cheated on her with a celebrity from his 'free pass' list.

"To get her mind off things, Abby and her best friend Chloe come up with a crazy idea: Abby should pursue a celebrity from her own list. But things become complicated when she meets Jake, who gives her a fresh perspective," the film's official synopsis reads.

'The List' is being produced by Nickel City Picture's Tobias Weymar, Annie Mahoney and Mark Fasano.

As per reports, Vitolo and Lederer will also take on executive producing duties along with Eric B Fleischman and Maurice Fadida.

Also read: Charlize Theron champions the cause of vaccine for all, wants countries to share