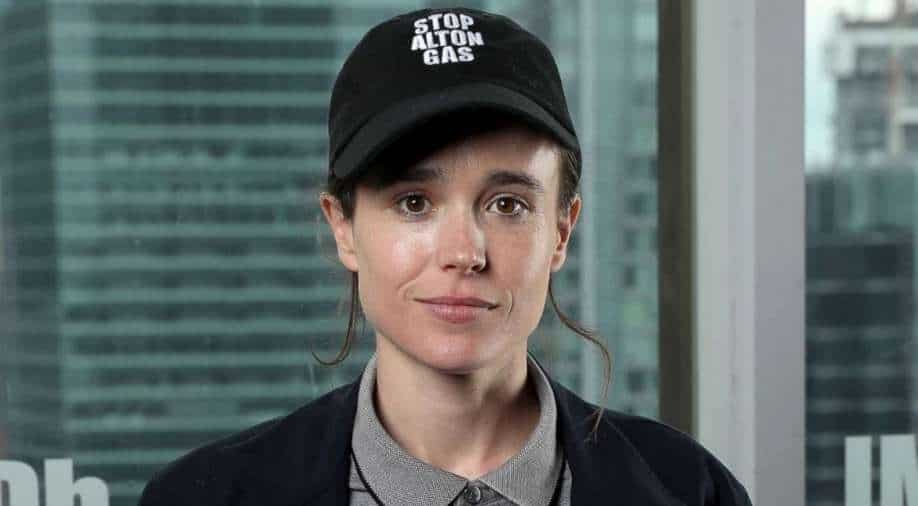 In a recent interview to TIME, Page said that he wants to use his "privilege" and "platform" to help others in the transgender community.This was his first interview since publicly coming out as trans in December.

Oscar-nominated actor Elliot Page is speaking up for the first time since publicly coming out as a transgender in December 2020.

In a recent interview to TIME, Page said that he wants to use his "privilege" and "platform" to help others in the transgender community.This was his first interview since publicly coming out as trans in December.

The 34-year-old actor recalled his early days and how felt "like a boy" from an early age. Page said he had to "to look a certain way" in terms of his acting career, starting at age 10.

When he came out as transgender three months ago, "What I was anticipating was a lot of support and love and a massive amount of hatred and transphobia," Page told Time during their emotional interview.

Page said, "That`s essentially what happened." He added later that he wants to be open and honest about who he is to let others know they`re not alone, saying, "Extremely influential people are spreading these myths and damaging rhetoric -- every day you`re seeing our existence debated."

"Transgender people are so very real," Page further said.As for his own "privilege," Page told the magazine that it "has allowed me to have resources to get through and to be where I am today. And of course I want to use that privilege and platform to help in the ways I can," he added.

The `Juno` actor also discussed his childhood, including asking his mother if he "could be (a boy) someday" and being forced off of a boys` competitive soccer team.

Speaking about the anti-trans legislation surrounding sports teams today, Page said, "I would have been in that position as a kid. It`s horrific."

Since Page, who uses he/him and they/them pronouns, came out as transgender, he has been offered a slew of opportunities in terms of acting, directing, and producing -- many related to trans stories, and some "dude roles."

Having played Vanya Hargreeves on `The Umbrella Academy` since it premiered in 2019, Page said the role appealed to him because he "related to how much Vanya was closed off."

When he returned to set to begin filming the Netflix superhero series` third season, co-workers were extremely supportive, although some have used the wrong pronouns accidentally. "It`s going to be an adjustment," said the Oscar nominee. Going forward in his career in general, "I`m really excited to act, now that I`m fully who I am, in this body," Page said. "No matter the challenges and difficult moments of this, nothing amounts to getting to feel how I feel now," the actor added.

Page has starred in films like `Juno`, `X-Men: The Last Stand` and `Inception`. On the personal front, the Oscar-nominated star had filed for divorce from wife and choreographer Emma Portner in New York in January.

The former couple also confirmed their split in a statement to the publication. Announcing their split, the pair had said in a joint statement, "After much thought and careful consideration, we have made the difficult decision to divorce following our separation last summer. We have the utmost respect for each other and remain close friends."

The divorce news comes three years after Page and Portner announced that they had tied the knot in a private ceremony in January 2018. The couple had started dating in 2017.