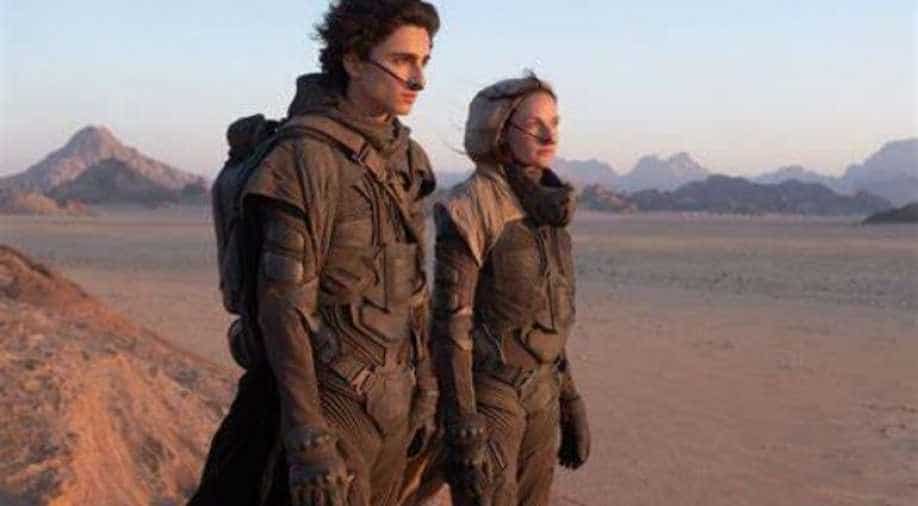 'Dune' was a raging success in the international film festival circuit, with getitng long standing ovations from the crowd at the Venice Film festival 2021.

Filmmaker Denis Villeneuve’s 'Dune' has reportedly opened at the top of the earning list in the American box office on Friday with $17.5 million from 4,125 theaters, reports claim.

If things continue at this pace, then experts predict the sci-fic adaptation is looking to amass another $35 million or more this weekend.

'Dune' has opted for a hybrid release, with the film releasing simultaneously on HBO Max.

The film is a joint venture between The Legendary and Warner Bros. and has earned a total of $5.1 million in Thursday previews and Friday initial shows, thus making it Warner Bros.' grandest opening of 2021. Out of that money, IMAX alone contributed $4.2 million dollars to the enture gross income.
'Dune' was a raging success in the international film festival circuit, with getitng long standing ovations from the crowd at the Venice Film festival 2021.

Also the fact that it has a 83 per cent fresh rating on Rotten Tomatoes and an A- Cinemascore otherwise, helps. This week, the majority of ticket buyers were aged between 18 to 35 years.

Also read: Elton John reveals what he'll do after his farewell tour

As per a THR report, 'Dune' will easily win the weekend box office race this time, but its theatrical performance could get hampered due to its availability at home.