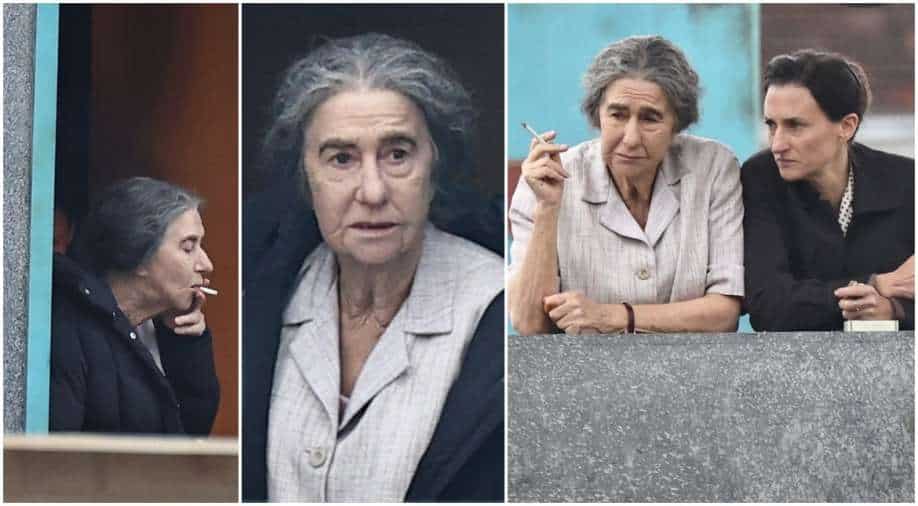 In these pictures, Helen Mirren can be seen smoking cigarettes, reportedly as part of her character preparation, with co-star Camille Cottin.

It is true what they say about actors: they change like chameleons!

In new, now-viral photos of Oscar-winning actor Helen Mirren from the London set of her new film has left everyone confused: she is barely recognisible as Israel's former Prime Minister aka 'Iron Lady' Golda Meir.
The facial prosthetics has turned Mirren years older, with her looking frumpy as she dresses in a baggy dress and wears her silver hair in a back-pulled messy bun.

Also read: Chhorii director to WION: Want to change the face of horror films in India

In these pictures, Mirren can be seen smoking cigarettes, reportedly as part of her character preparation, with co-star Camille Cottin.

“Golda Meir was a formidable, intransigent and powerful leader. It is a great challenge to portray her at the most difficult moment of her extraordinary life. I only hope I do her justice!,” Mirren had said in the past about her playing the iconic leader in 'Golda'.

Died in 1978, Golda Meir has stood for her country during the Yom Kippur War of 1973 — when Egypt, Syria and Jordan launched a surprise attack on Israel for regaining power that they had lost during the Six-Day War in 1967.

“Every day I put on makeup. I didn’t do it for Taylor because Taylor never notices. He asks if I’ve got makeup on or not and doesn’t really care, but he certainly doesn’t notice,” she had once told a media outlet about her love for make-up and how she doesn't glam up for her husband, director Taylor Hackford.