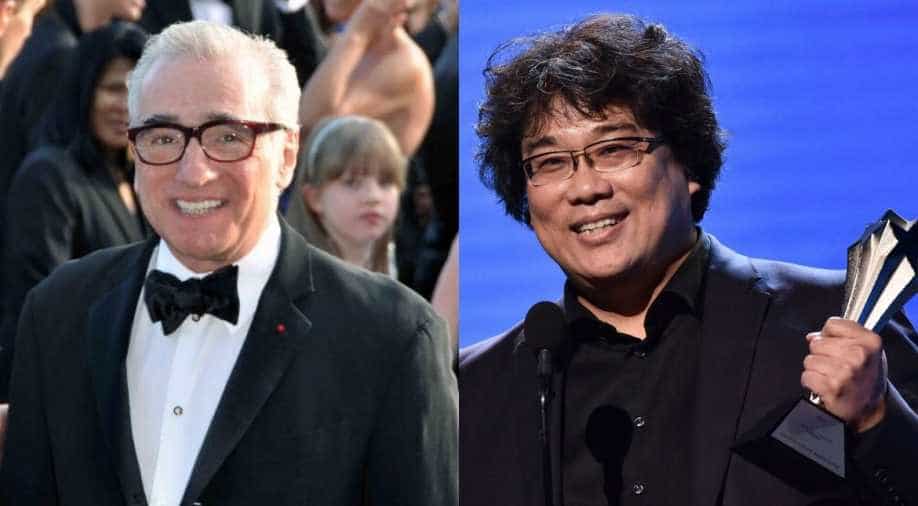 It became the first film in the history of Academy Awards to have won Best Picture even though it was a non-English film.

You’d think that after sweeping Oscars with the most number of awards, ‘Parasite’ director Bong Joon Ho would take some rest before he starts work on any other film but the filmmaker recently revealed that Martin Scorsese has asked him to rest “but only a little”.

It became the first film in the history of Academy Awards to have won Best Picture even though it was a non-English film.

After a successful Oscars campaign, back in South Korea, Bong Joon Ho said at a press conference that American director Martin Scorsese pleaded that he get back to work quickly. "I just read his letter a few hours ago and it was an honor. He said I did a good job and should rest, but only a little because he and everyone else was eagerly waiting for my next film."  See full list of winners here

Bong Joon Ho had mentioned his admiration for Martin Scorsese and his brand of cinema after he mentioned him in his acceptance speech after winning Best Director award.

He announced that he is currently in talks for a TV adaptation of ‘Parasite’ with HBO. American director and screenwriter Adam McKay has reportedly agreed to be a writer on the series that could last five or six episodes.

"We have smoothly taken the first step with HBO," Bong said, while denying reports that Mark Ruffalo and Swinton have been finalised as cast members.

"The TV adaptation of Snowpiercer is planned to air in May, but since we started talking about it in 2014 or 2015, it took about five years. (The TV version of) Parasite might take quite a while too," he said.

Also read: 'Parasite' ticket sales go up in US and UK post its historic Oscar win