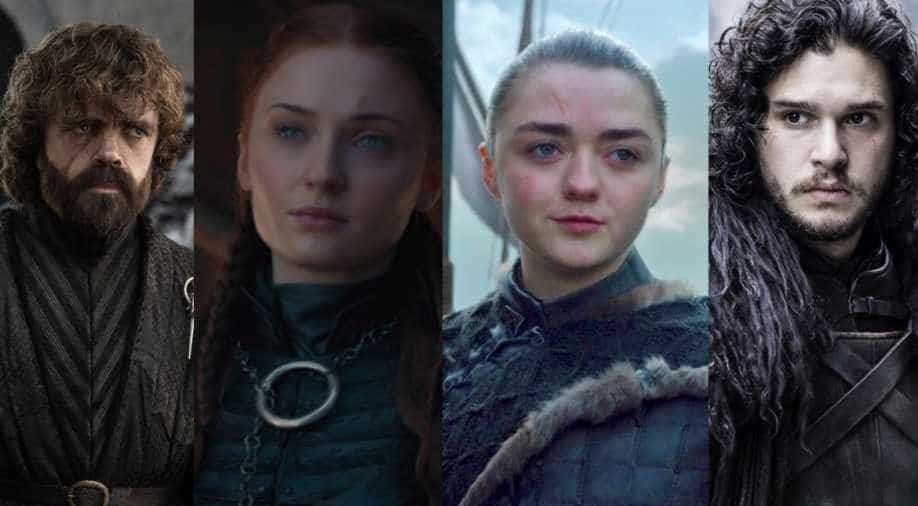 Kit Harrington and Sophie Turner seem to be defiant about how the show ended. The two even feel that it is "disrespectful" to assume that people behind the show did not give their best.

Fans may not be happy with the ending of popular series 'Game Of Thrones' but actors Kit Harrington and Sophie Turner seem to be defiant about how the show ended. The two even feel that it is "disrespectful" to assume that people behind the show did not give their best.Read the review of the finale episode here.

Harington said show critics "can go f**k themselves" because those on the show alone know the amount of hard work that went into making the series a mega hit.

"How I feel about the show right now is quite defiant. I think no matter what anyone thinks about this season - and I don't mean to sound mean about critics here but whatever critic spends half an hour writing about this season and makes their (negative) judgement on it, in my head they can go f**k themselves," Harington told a magazine during an interview.

The actor, who joined the series in his early 20s, said he has seen people spend sleepless nights on the show.

"Now if people feel let down by it, I don't give a f**k because everyone tried their hardest. That's how I feel. In the end, no one's bigger fans of the show than we are, and we're kind of doing it for ourselves. That's all we could do, really. And I was just happy we got to the end," he said.

Turner believes Daenerys' transformation as Mad Queen, a sore point for many viewers, was very much in line with the way show has constantly delivered shock twists and turns. 'Game of Thrones' series finale draws record 19.3 million US viewers

"Honestly, I'm not surprised. People always have an idea in their heads of how they want a show to finish, and so when it doesn't go to their liking, they start to speak up about it and rebel.

"The thing about 'Game of Thrones' that's always been amazing is the fact that there's always been crazy twists and turns, right from season 1 with Ned's beheading. So Daenerys becoming something of the Mad Queen it shouldn't be such a negative thing for fans. It's a shock for sure, but I think it's just because it hasn't gone their way," she told The New York Times.

Turner believes it is not right to dismiss the contribution of the cast and crew and demand a redo of the final season via an online petition.

"All of these petitions and things like that, I think it's disrespectful to the crew, and the writers, and the filmmakers who have worked tirelessly over 10 years, and for 11 months shooting the last season. Like 50-something night shoots. So many people worked so, so hard on it, and for people to just rubbish it because it's not what they want to see is just disrespectful," she said.

Maisie Williams' response to the criticism was very much in line with her on-screen persona of Arya Stark. "Just here for the memes," Williams said in a breezy response on Twitter.