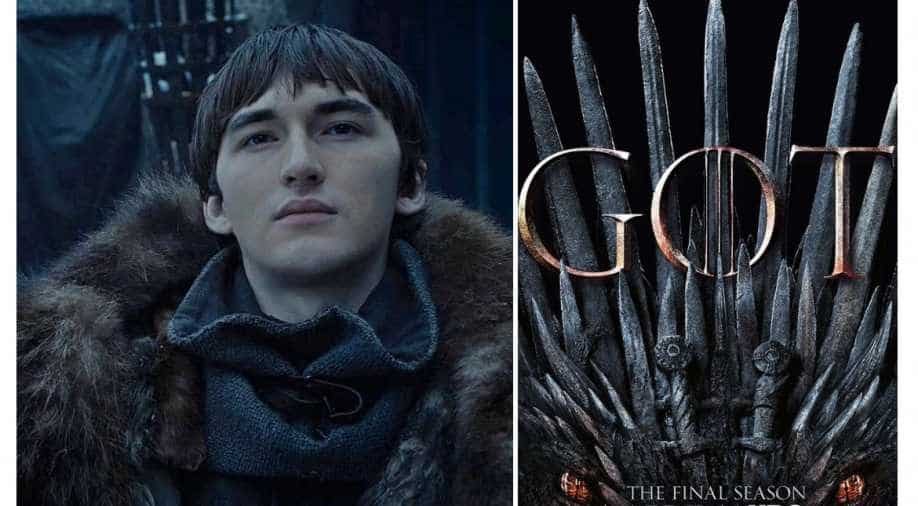 The mystical saga of Westeros, Kings and Queens and their quest for the Iron Throne ends in a not-so-predictable manner.

It’s the end of an era as TV’s most popular show, ‘Game of Thrones’ comes to an end. The show finale premiered today as thousands tuned in to watch someone finally take the Iron Throne and become the King of seven (no, six) kingdoms at the end of it all.

Amid disappointments, backlash and fans asking for a remake of season 8 by the makers as they thought that it was all rushed into, ‘Game of Thrones’ ended with several important characters surviving the Great War and the Last War. Also read what the cast has to say about the show closing down.

**Read further at your own risk as there are spoilers ahead**

The finale, ‘GoT’ season 8 episode 6 opened to King’s Landing being reduced to rubble after the dragon queen burned it down in the last episode. Ash falling from the sky, huge piles of dead bodies, blood and stone and a gloomy grey tone is the key feature of this episode as makers emphasise on showing what has become of what was once the most thriving and rich place in the mystical land of Westeros. It will leave you numb as the camera pans and shows the loss -- the pain and emptiness that becomes of King’s Landing. Ramin Djawadi’s background score only adds to the story.

We see a battered, down-spirited Tyrion Lannister, Jon Snow and Davos Seaworth as they inspect the destruction. On the other hand, Daenerys Targaryen who has won the war revels in what she achieved, after crushing her enemies and establishing a new world order. What will come as a shock to most fans is her sense of purpose and goal as she emphasises on bringing a new world order with her reign. After winning the war, she tells her army that the war still rages and that they will kill more people till she breaks the wheel and establishes ‘good rule’ as she speaks of Winterfell, Dorne and other kingdoms. Also read: After the coffee cup, water bottles make appearances in the finale

She then orders Tyrion to be imprisoned after she accuses him of freeing his brother, Jaime. This was not before Tyrion threw his Hand of the King pin as he calls out her act of killing thousands of innocent people.

The makers also show the bodies of Jaime and Cersei Lannister as they die in each other’s arms in the dragon room under the Red Keep. The scene is sure to make you sad as it shows the two most important Lannisters reduced to just dead bodies.

Meanwhile, the two heirs to the Iron Throne, Jon and Dany share a rather tricky relationship throughout the episode as he begs her to forgive Tyrion and to stop any future war as she has now become the Queen of the Seven Kingdoms. When she refuses, Jon draws a dagger in her heart, killing her. This was after he had a word with Tyrion and the Imp tells him that he must choose his destiny before Dany does anything more unthinkable -- like harming her sisters who won’t bend the knee to the dragon queen.

What follows is an epic scene between Jon, Dany and Drogon who inspects that his mother is no more and comes to threaten Jon. The dragon ends up burning the Iron Throne that melts into just metal as if he understands that the throne is the root of all evil and the real reason why she dies. The Iron Throne dismembering at this juncture in the finale is symbolic of the future to come as it dawns a new style of rule. Post this, Drogon takes Dany's body with him as he flies away from King's Landing.

The rest of the episode following Dany’s death takes us to the impending question of who will now become the King. For the first time after the last season when we saw a council of people gather at King’s Landing to discuss important matters -- the makers bring together the important people of Westeros to choose a king including the surviving Starks like Bran, Sansa, Arya; Lord of the Vale, ruler of Dorne, Gendry Baratheon, Brienne of Tarth, Yara Greyjoy and others.

At this time, the Unsullied have both Tyrion and Jon who are their prisoners. When Tyrion is brought to the council of men and women as a prisoner, he guides them yet again to choose their king -- Bran Stark who everyone agrees on as it not only breaks the chain, establishes a new rule as Dany wanted but the fact that he can never bear a child establishes a rule that will not be governed by hierarchy but ability.

Tyrion then tells all the noble people that this would mean that the next King would not be born but chosen by people thus establishing a democratic rule in Westeros like the one that we have in the current form of governments.

Meanwhile, Sansa gets what she wants as she agrees to Bran’s ascension to the throne but on a condition that Winterfell and the North remain free and does not swear loyalty to King’s Landing. She ultimately gets crowned the Queen in the North. Her sister, Arya takes parting from her siblings as she reveals her plan of going westward of Westeros where the maps stop and no one knows what lies. She takes her own ship and crew as he flies under the banner of Starks.

Towards the end, Bran chooses Tyrion as his Hand while Brienne, Samwell Tarly, Davos and Bronn join the table as his council of ministers. Jon is banished to Men of the Night’s Watch for the second time as Tyrion rightfully says that leaving him in the prison or letting him go free would start a war.

As a fan you might feel sad for Jon in the end as the true heir of the throne does not get the throne, nor does he get Winterfell but ends up in Nights’ Watch but thank God for Tommen who is at Castle Black as he takes the wildlings, Jon and Ghost with them to North of the Wall where maybe Jon will be third-time lucky and find his true love.