Game Of Thrones: After the coffee cup, water bottles make appearances in the finale 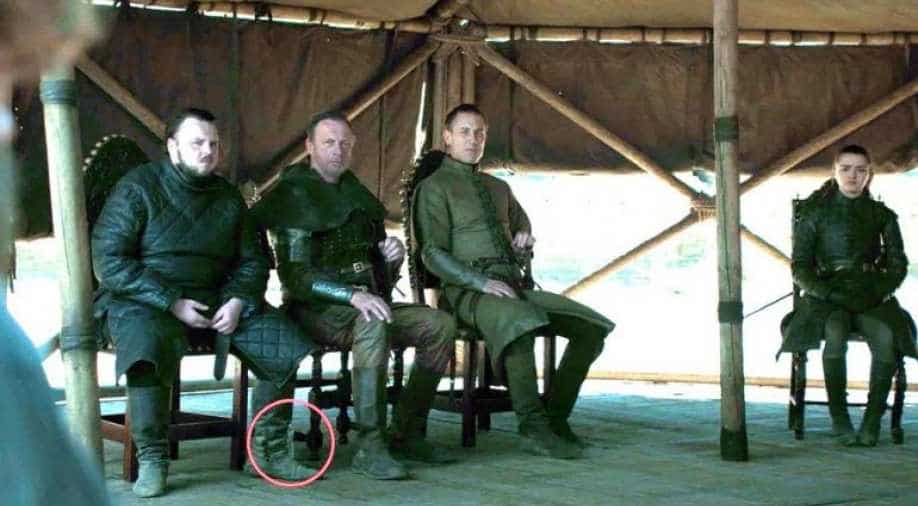 In the sixth and final episode, plastic water bottles can be seen in the scene where Tyrion decides who should be the next king. Photograph:( Twitter )

Twitter had a field day poiting out a major blooper in the final episode of 'GOT'.

The final season of 'Game Of Thrones' has been courting controversies right from the beginning. Most fans have not been happy with the way the story panned out in the final season of the popular series and many even demanded a re-shoot of the final episode. There have also been bloopers in the show that have not gone unnoticed by the fans. Read who finally gets to sit on the iron throne here.

In the fourth episode, a coffee cup made its appearance at Westeros for which HBO issued an apology. Then, in the fifth episode, Jamie's actual hand featured in a promo still which the makers said was not part of the show. Now, in the sixth and final episode, plastic water bottles can be seen in the scene where Tyrion decides who should be the next king.

One was spotted near Samwell Tarly's chair and other near Ser Davos. Needless to say, Twitter had a field day pointing out the blooper.

LMAOOO I CAN'T BREATHE THEY DID IT AGAIN 💀💀 First Starbucks now a water bottle this show is a joke #GameOfThrones #GameOfThronesFinale #TheFinalEpisode pic.twitter.com/9YaFF8Pnm6

Sure, there’s a water bottle. But why aren’t more people asking the real question: is that Howland Reed, and if so, what the fuck? #GameofThrones pic.twitter.com/L3YxUh3PHy

Even the most important lords of the seven kingdoms need to stay hydrated.#gameofthrones #waterbottle pic.twitter.com/NS22F3SQgV

a water bottle in King’s Landing!! #got #gameofthrones pic.twitter.com/mwGQlsLwnh

The show's cast bid an emotional farewell hours before the final episode was aired. Stars like Emilia Clarke, Sophie Turner, and John Bradley-West paid tribute to their characters and to the show.