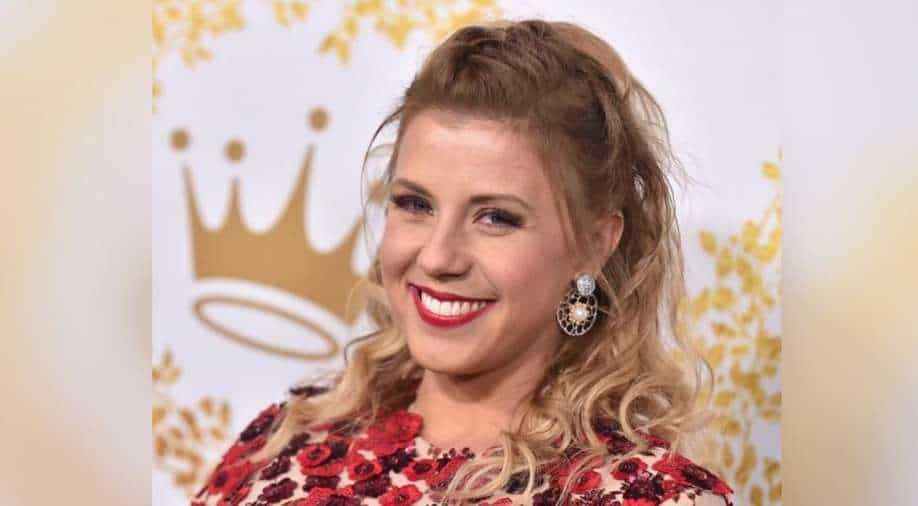 The news of Jodie Sweetin's engagement comes just over one week after her 'Full House' co-star and beloved Hollywood icon Bob Saget died.

According to reports, Sweetin and Wasilewski first confirmed their relationship in February 2018.

The 'Full House' shared a picture with her fiance and sported bling on her ring finger.

"I love you Mescal, for always. You`re my person. I can`t wait to see the life that lies ahead for us. Here's to us, @ghostfacelito and our life of adventures. Together. I think I'm really gonna like turning 40," the caption continued.

Danica McKellar, Christy Carlson Romano, and Eboni K. Williams were among the celebrities who congratulated Sweetin on her engagement.

Wasilewski shared the news on his own Instagram page, reposting the snap of the newly engaged couple with the caption, "So that happened..."

The news of Sweetin's engagement comes just over one week after her 'Full House' co-star and beloved Hollywood icon Bob Saget died.

"Thirty-five years ago, we came together as a TV family, but we became a real family. And now we grieve as a family. Bob made us laugh until we cried. Now our tears flow in sadness, but also with gratitude for all the beautiful memories of our sweet, kind, hilarious, cherished Bob," the statement read. Broken and gutted: 'Full House' cast pays emotional tribute to Bob Saget

The group's statement continued, "He was a brother to us guys, a father to us girls and a friend to all of us. Bob, we love you dearly. We ask in Bob`s honour, hug the people you love. No one gave better hugs than Bob."

Sweetin also took to Instagram to pay an emotional tribute to Saget.

On Friday, the 'Full House' cast, as well as Saget`s family members and loved ones, came together to pay their respects he was laid to rest.