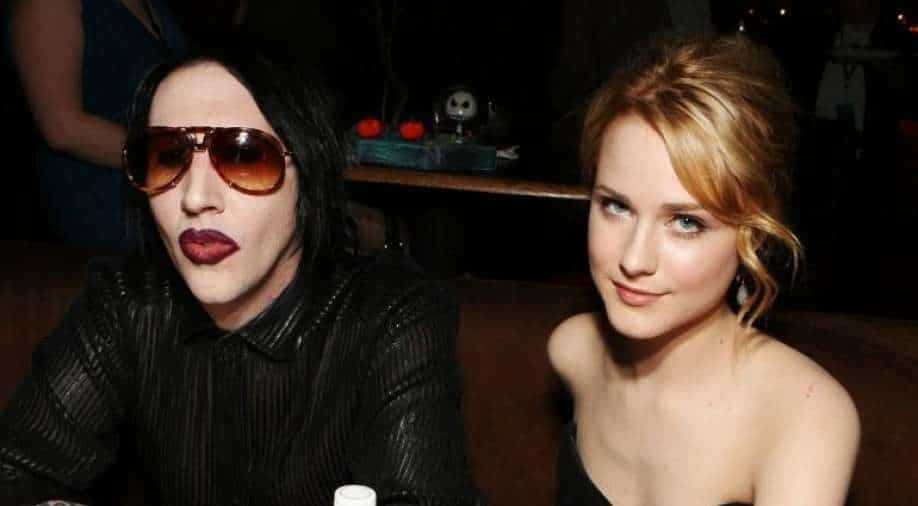 The actress, who recently accused Manson of abusing her while the two were in a relationship, claimed that she "had to file a police report" after being "alerted to threats made" to release photographs that could "ruin my career."

Evan Rachel Wood said she filed a police report last year after being informed that Marilyn Manson's wife had sought to obtain compromising photographs taken of Wood after a Manson performance in Las Vegas.

The actress, who recently accused Manson of abusing her while the two were in a relationship, claimed that she "had to file a police report" after being "alerted to threats made" to release photographs that could "ruin my career."

Among the photos, Wood shared on her Instagram Story was one in which she is wearing Manson's hat, "which has long been a part of his stage show and photographed on many people in his camp. This is a part of the humiliation and blackmail." She added that she "stayed in Brian's hotel room most of the night, as I was not old enough to enter the casino after the concert." 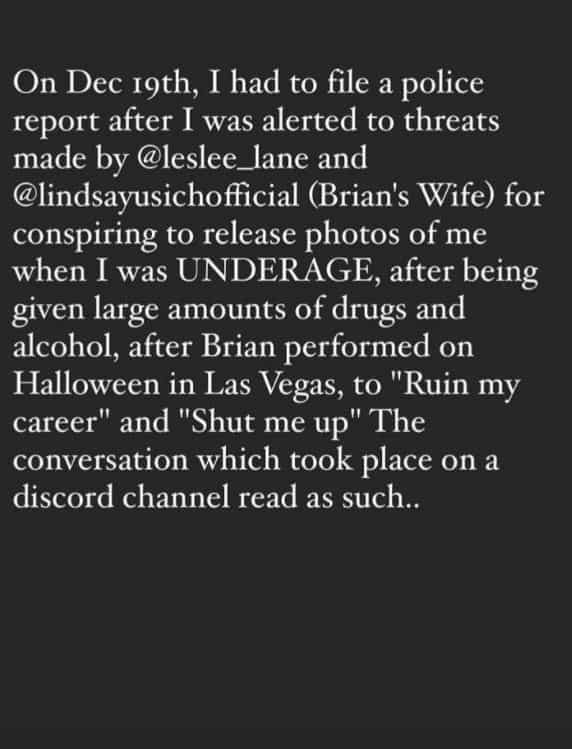 "On Dec 19th, I had to file a police report after I was alerted to threats made by @leslee_lane and @lindsayusichofficial (Brian's Wife) for conspiring to release photos of me when I was UNDERAGE, after being given large amounts of drugs and alcohol, after Brian performed on Halloween in Las Vegas," she wrote on her Instagram Story Saturday, referring to Lindsay Usich. "The conversation which took place on a discord channel read as such…" Wood added, sharing what she described as screenshots of an exchange apparently between two Manson fans on the chat app.

In the chat, one fan tells the other that "Lindsay" was asking for party photographs of " Evan doing things that would ruin her career." 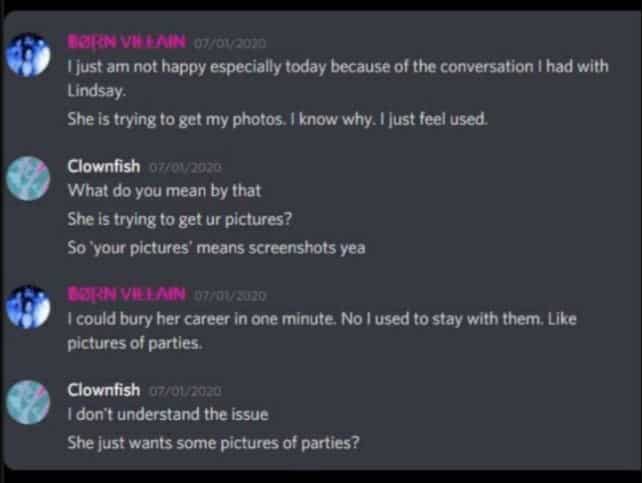 The fan goes on to say that "Lindsay" had noticed "Evan in the background" of one of the pictures of Manson, adding: "Now she wants more of this to use to shut her up."

Wood also shared a screenshot of the first page of what she claimed was the police report, which was dated December 19, 2020.

"The name of my abuser is Brian Warner, also known to the world as Marilyn Manson. He started grooming me when I was a teenager and horrifically abused me for years," she wrote on Instagram. "I was brainwashed and manipulated into submission," Wood added.

Three other women on Monday also posted accusations on Instagram against Manson of emotional and psychological abuse in the last 10 years. Later on Monday, Manson released a statement on Instagram and stated that the allegations were 'not the truth'.

"Obviously, my art and my life have long been magnets for controversy, but these recent claims about me are horrible distortions of reality," he said. "My intimate relationships have always been entirely consensual with like-minded partners."

Regardless of how - and why - others are now choosing to misrepresent the past, that is the truth."

Manson has since been dropped from talent agency CAA as well as his record label.