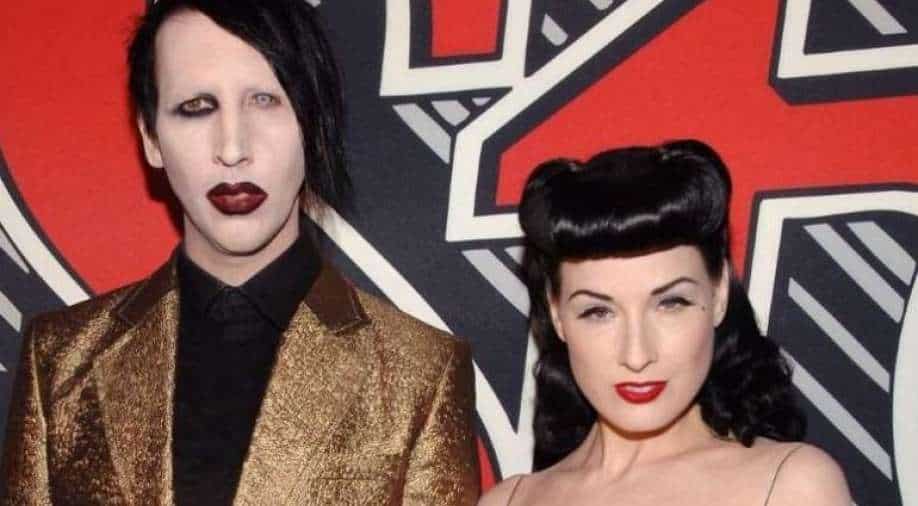 Actress Evan Rachel Wood and four other women have come out and accused Rock singer Marilyn Manson of sexual abuse.

Taking to her Instagram, the burlesque dancer and lingerie designer said she had been "processing the news" about Marilyn, who she was briefly married to between 2005 and 2006.

"To those who have expressed your concerns of my well-being, I appreciate your kindness," Dita expressed, before adding, "Please know that the details made public do not match my personal experience during our 7 years together as a couple."

"Had they," she continued, "I would have not married him in December 2005. I left 12 months later due to infidelity and drug abuse."

Dita concluded, "Abuse of any kind has no place in any relationship. I urge those of you have incurred abuse to take steps to heal and the strength to fully realize yourself."

Actress Evan Rachel Wood and four other women have come out and accused Rock singer Marilyn Manson of sexual abuse.

"The name of my abuser is Brian Warner, also known to the world as Marilyn Manson. He started grooming me when I was a teenager and horrifically abused me for years," she wrote on Instagram.

Soon after the women spoke out, Manson`s record label, Loma Vista Recordings terminated its contract with the singer and issued a statement saying that the label would "cease to further promote his current album effective immediately."

Marilyn denied her accusations. "Obviously, my art and my life have long been magnets for controversy, but these recent claims about me are horrible distortions of reality," the shock-rocker said in a statement shared to Instagram on Feb. 1. "My intimate relationships have always been entirely consensual with like-minded partners."

"Regardless of how—and why—others are now choosing to misrepresent the past, that is the truth," he added.

Marilyn has yet to address Dita's remarks about their marriage, but this isn't the first time she's blamed their breakup on the artist's controversial ways.

In a 2007 interview with The Daily Telegraph, the pinup model accused Marilyn of having an "inappropriate relationship" with another woman during their marriage.

"I get the impression he thinks I was unsupportive," she noted at the time. "But the truth is I wasn't supportive of his lifestyle, and someone else came along who was."