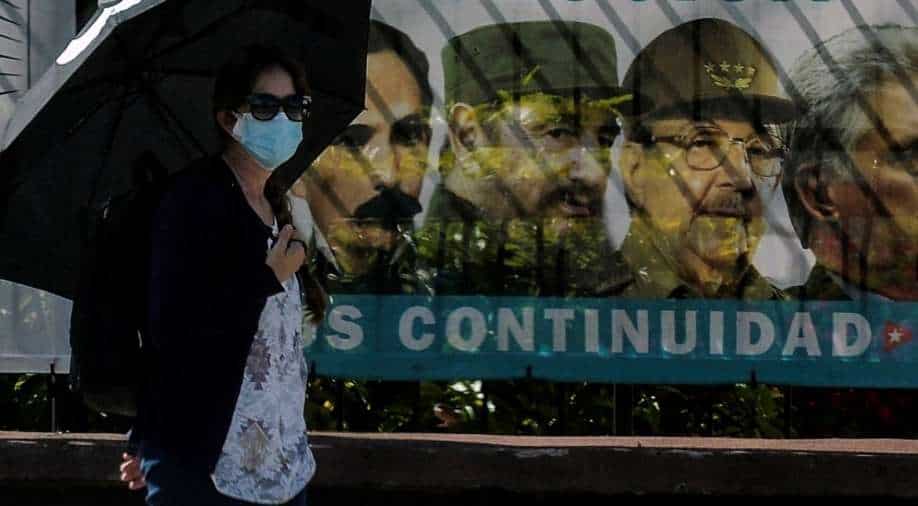 A Cuban dissident rapper who co-authored a viral song denouncing the communist government has been in prison for two weeks Photograph:( AFP )

Maykel Osorbo, who co-produced the track "Patria y Vida" ("Fatherland and Life") is accused of crimes that include "resistance" and "contempt"

A Cuban dissident rapper who co-authored a viral song denouncing the communist government has been in prison for two weeks, a friend said Thursday after the singer was allowed to make his first phone call.

Maykel Osorbo, who co-produced the track "Patria y Vida" ("Fatherland and Life") is accused of crimes that include "resistance" and "contempt," his friend Camila Lobon told AFP.

The 37-year-old artist "was able to call after 14 days without being able to make a telephone call, and told us" where he was, she said.

The US embassy in Cuba retweeted a message from Samantha Power, administrator of the US Agency for International Development (USAID), criticizing the detention of Osorbo "and many other artists who dare to demand human rights.

"They must end this ill-fated attempt to silence free thought and debate," she said.

State mouthpiece Cubadebate, citing interior ministry sources, said Osorbo was in provisional detention "accused of the crimes of attack, public disorder and escape of prisoners or detainees, which he committed on April 4, 2021."

On that date, residents of the San Isidro neighborhood, where Osorbo lives, gathered on his street to prevent police arresting him on his way to the shops.

Osorbo was arrested on May 18 and ordered to be held in custody. He was transferred on May 31 to the Pinar del Rio prison 160 kilometers (99 miles) west of Havana, according to Cubadebate, which claimed he had been in telephone contact with his lawyer and his wife.

"Fatherland and Life" is a spin on the slogan "Patria o Muerte" (Fatherland or Death) coined by the late communist leader Fidel Castro in 1960.

The tune is a no-holds-barred critique of the island's six-decade-old communist government, rattling off a long list of grievances about poverty, repression and misrule.

The song, a collaboration of Cuban artists based in Florida and at home, infuriated the government and unleashed a battle of song, with Cuban state television hosting pro-government musical fare.