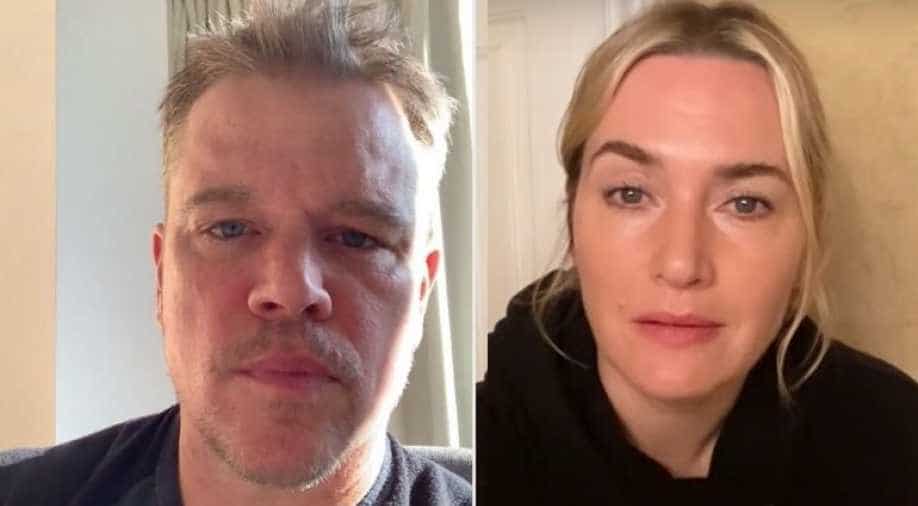 Steven Soderbergh's 2011 movie 'Contagion' that showed us coronavirus outbreak years back has now been on everyone's watchlist ever since the actual pandemic broke out. Now the film's cast have come together to raise awareness for the Covid-19.

Also read: Doctor who made 'Contagion' look real now has coronavirus: If it can hit me, it can hit anybody

In pics: 7 films in Hollywood that were made on deadly diseases

The videos were dropped by the Columbia Public Health on their Youtube channel.

Matt Damon who has played the role of a man who survived the disease, ''A few years ago a bunch of us did this movie called 'Contagion' which we've noticed is creeping its way back up on the charts on iTunes for obvious reasons," Damon said in the video.

Damon talked about the precautions like washing hands, staying away from each other and maintaining social distancing.

Kate Winslet who played the role of Epidemiologist who tried to stop the spread of the deadly virus in the film, remembers the time when she was preparing for the role of the movie, she spent time with some of the medical experts who taught her one thing, '' wash your hands like your life depend on it''.

Meanwhile, Laurence Fishburne who had essayed the role of a doctor and head of a medical department in the film urged to help medical staff dealing with the coronavirus.

“If we can slow this thing down, it will give our doctors and our nurses in our hospitals a fighting chance to help us all get through this thing together,” he says.

Jennifer Ehle who played the role of Dr Ally Hextall a virologist who was a creator of the MEV-1 vaccine asked people to listen to the scientist and wash hands and take precautions to keep safe.

Coronavirus is now have spread more than 199 countries and has affected more than 600,834 people around the globe.