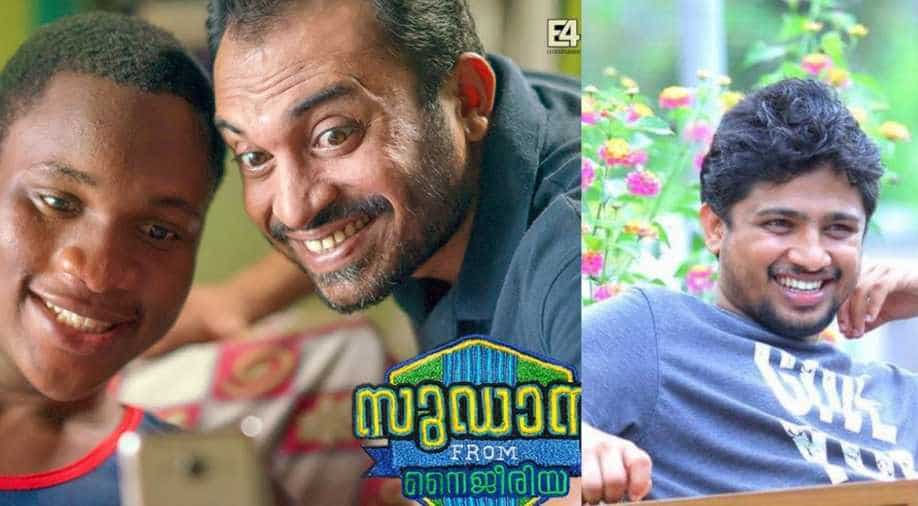 File photo of Zakariya Mohammed and poster of his film Photograph:( Twitter )

Zakariya Mohammed had bagged the National Award for the best Malayalam movie in 2018 and were to be awarded the prize during the presentation ceremony in New Delhi.

The South Indian film industry joined protests against the Citizenship Amendment Act (CAA) as on Sunday, Zakariya Mohammed, director of the Malayalam film ‘Sudani from Nigeria’ revealed that he and his team will stay away from National Awards. He made the announcement on Facebook.

Zakariya Mohammed bagged the National Award for the best Malayalam movie in 2018 and was to be awarded the prize during the presentation ceremony in New Delhi. In protest against the CAA and National Register of Citizens (NRC), he along with the film’s screenplay writer and producers revealed that they would not attend the ceremony. Meanwhile, many Bollywood celebs too stood in support of Jamia students as violence erupted outside the varsity on Sunday. The students were protesting against the CAA.

‘Sudani from Nigeria’ dealt with the popular culture of seven’s football in Kerala’s Malappuram district and celebrated the region’s hospitality towards foreign players. It was a commercial success in the state of Kerala. It was awarded the title of being the best popular film at the state film awards and bagged five major awards, including best actor, best screenplay and best debut director.

‘Sudani from Nigeria’ was produced by Sameer Thahir-Shyju Khalid duo.

As for CAA, the Citizenship Amendment Bill was passed on Thursday as it was introduced by the BJP-led NDA to give citizenship to non-Muslims fleeing religious persecution from Pakistan, Bangladesh and Afghanistan.

Citizenship Amendment Act is being widely criticised for its ‘discriminatory nature against Muslims’.

Apart from ‘Sudani from Nigeria’, the crew of the film ‘Unda’ too raised banners against NRC and CAA at the Kerala International Film Festival in Thiruvananthapuram.

Several activists and delegates also burnt copies of the legislation.