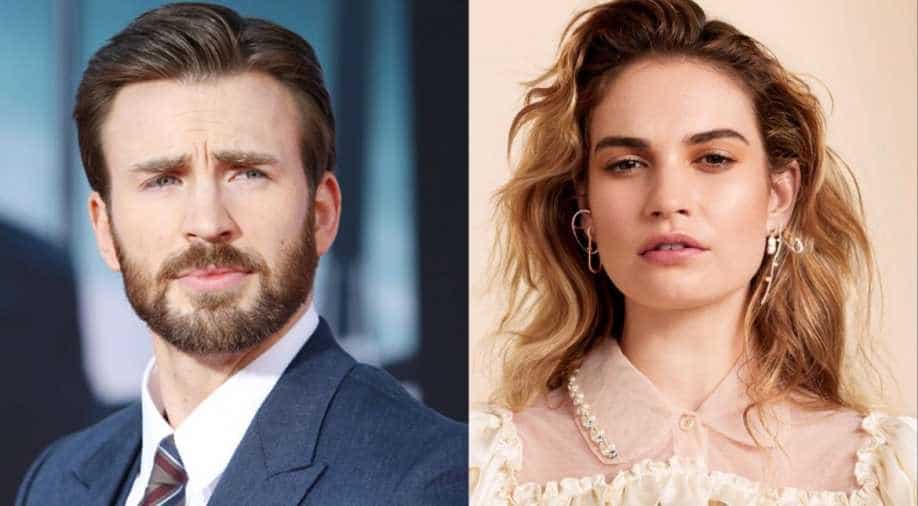 Chris Evans and Lily James have never worked together before and prior to this, have never been pictured together.

Well what do we have here? Chris Evans and Lily James sparked romance rumours after they were spotted together.

The ‘Captain America’ star was spotted with ‘Downton Abbey’ actress as they were pictured getting the same taxi back to London’s Corinthia Hotel. They were seen leaving the private members club’ Mark’s Club in Mayfair in the same black cab.

Chris Evans and Lily James have never worked together before and prior to this, have never been pictured together. Brad Pitt's next is a screen adaptation of 'The Bullet Train'

Lily James was previously seeing Matt Smith. They started dating in 2014 after meeting on the sets of ‘Pride and Prejudice’ and ‘Zombies’ and  lived together in London when it was reported that they had split in December due to their hectic schedules.

Meanwhile, Chris Evans’ last known relationship was with comedian-actress Jenny Slate. After their breakup, Jenny has moved on with art curator Ben Shattuck.

From 'Kissing Booth 2' to 'The Old Guard': What's new to watch this July