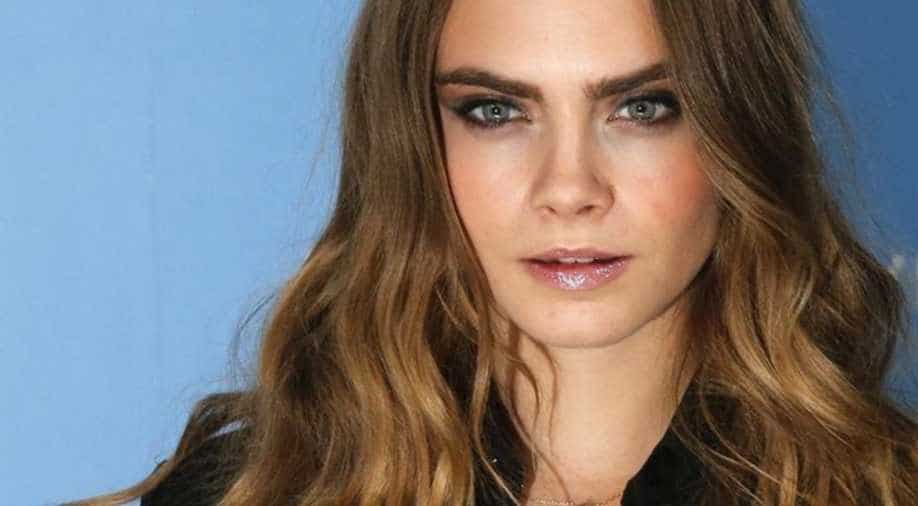 Model and actress Cara Delevingne on October 23 shared what she said was the first "SpaceSelfie" - a mobile phone photo taken by the celebrity and sent to space to be combined with a real-time view of the earth.

Model and actress Cara Delevingne on Wednesday (October 23) shared what she said was the first "SpaceSelfie" - a mobile phone photo taken by the celebrity and sent to space to be combined with a real-time view of the earth.

The photo marked the launch of a new campaign by South Korean tech giant Samsung which allows selfie fans to follow in Delevingne's steps and create their own "SpaceSelfie".

The campaign was inspired by the famous selfie taken by television host Ellen DeGeneres with a Samsung phone at the 2014 Academy Awards, where she posed with a large group of A-list stars, the company said in a press release. To up their game, they decided to launch their new mobile phone model to space.

"The Ground Control Application sends the selfie to the S10 in space where it is displayed on the S10. The S10 is then telling the camera to take a photo, to create the space selfie, before it is sent back to earth and to the user," explained Sara-Lee Rost, who was involved in creating the project.

Attending a launch party in London on Wednesday, Delevingne re-created DeGeneres's selfie with the event's guests and sent it to space.

She said she had initially thought the smartphone maker wanted to send her to space.

"I would love to go to space. Please can I go to space Samsung, please? I would love that. That's what I kind of thought it was originally. Still. Either way. This is the first step, I feel," she said, adding that she would like to take her girlfriend and dog on a holiday to the moon.

Delevingne is an avid Instagrammer but the "Carnival Row" and "Suicide Squad" star, who has 43,6 million followers on the platform, said she had reduced her social media posts of late after becoming "more private".

She said increased social media use had made her feel more anxious and urged others to set boundaries and monitor themselves.

"I definitely spent a lot more time on social media than I do now and I used to be a lot more anxious, like, it makes sense. But also, if you know you're feeling down or bad about yourself don't go on social media. It is a bad idea. It should be something you enjoy and you have fun and you check on your friends. It shouldn't be something you kind of go through and it becomes this weapon against yourself. You know, there is a time and a place but people have to monitor themselves," she said.

The actress and model, however, recently took to social media daily to post about the Extinction Rebellion protests in London.

"Of course I'm a hypocrite, because I'm probably, not one of the worst people about energy or the environment but it's very important because I want to have kids and I want them to have a future and Extinction Rebellion, I think there needs to be more peaceful protesting about the environment. Policies need to change, governments need to step up and do something. Otherwise, we won't have this beautiful planet," she explained.

The space selfies are created from photos mobile phone users upload on a website. According to Samsung a random selection of the uploaded photos are then sent to the mobile phone in space and captured with the view of planet earth as the backdrop. The superimposed photo is then sent back to earth to its owner.