Trailer for Shahid Kapoor's Jersey to release on this date 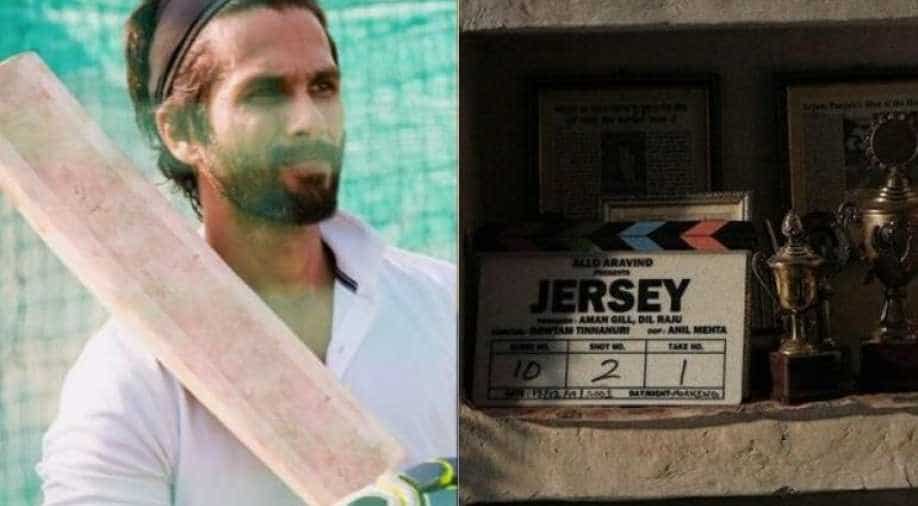 Shahid Kapoor's Jersey wrapped up shoot last year in december but got delayed because of the pandemic.

Shahid Kapoor has something interesting up his sleeve as the actor took to social media to reveal the date for the trailer launch of his upcoming film ‘Jersey’. Been in the pipeline for sometime now, the film will have Shahid play the role of a cricketer.

Shahid wrote in his post: ''ITS TIME ! We have waited to share this emotion with you for 2 years. This story is special. This team is special. This character is special. And the fact that we get to share it on the big screen with you all is special. I don’t have words to express my gratitude. I hope you all feel what I felt when I played him. Here we go 💥 @mrunalthakur @gowtamnaidu #AlluAravind @amanthegill @alluents @dilrajuprodctns @sitharaentertainments @bratfilmsofficial @jerseythefilm''. Desi fans have found similarities between Shahid Kapoor and this 'Squid Game' character

Jersey wrapped up shoot last year in december but got delayed because of the pandemic.

The film is presented by Allu Arvind and is produced by Aman Gill, Dil Raju, S. Naga Vamsi. It stars Mrunal Thakur and Pankaj Kapur in pivotal roles.

Birthday special: The 5 films that prove Kartik Aaryan is here to stay