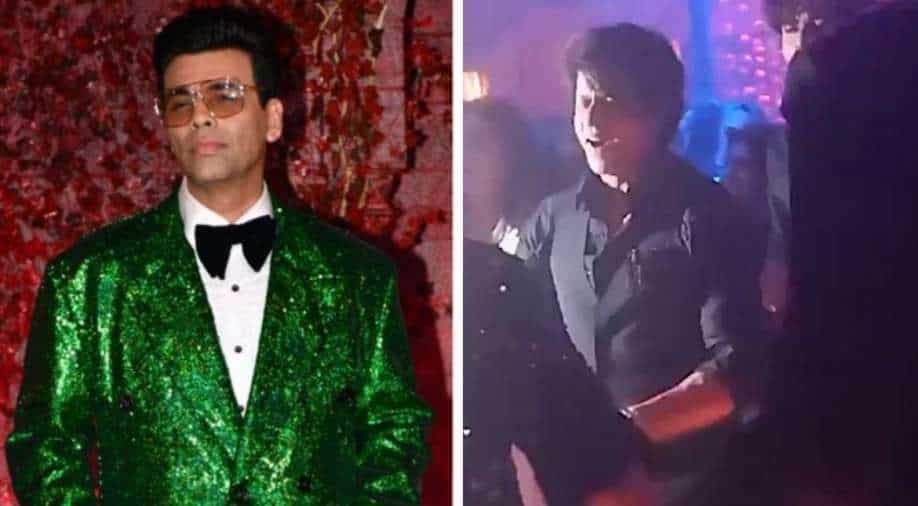 Shah Rukh Khan reportedly made an entrance through an alternate entry gate to the venue. While the paps waited at the red carpet for most guests, Khan chose to stay away from being clicked.

Bollywood turned out in it glamorous best at Karan Johar's 50th birthday bash on Wednesday night in Mumbai. The party was a red carpet event that saw almost everyone from Hindi film industry in attendance. While fans had hoped to get a glimpse of Johar's close friend, superstar Shah Rukh Khan on the red carpet, they only got to see his wife Gauri Khan and son Aryan Khan at the do. Turns out SRK did make it to his close friend's birthday bash afterall.

Khan reportedly made an entrance through an alternate entry gate to the venue. While the paps waited at the red carpet for most guests, Khan chose to stay away from being clicked.

What a night! Inside Karan Johar's starry 50th birthday bash, check out the pictures

Instead, Khan made sure that he celebrated Johar's birthday with much amplomb. A video has been doing the rounds of social media which shows Khan dancing to hit song 'Koi Mil Gaya' from his and Johar's first film together 'Kuch Kuch Hota Hai'. While the video is slightly blurred, but SRK's signature moves are hard to miss.

The bash was attended by SRK's 'Kuch Kuch Hota Hai' co-stars Kajol and Rani Mukerji among others. From Madhuri Dixit to Sara Ali Khan to Kareena Kapoor, Tiger Shroff, Varun Dhawan to Janhavi Kapoor and Ananya Panday- almost all the stars made their presence felt at the party.