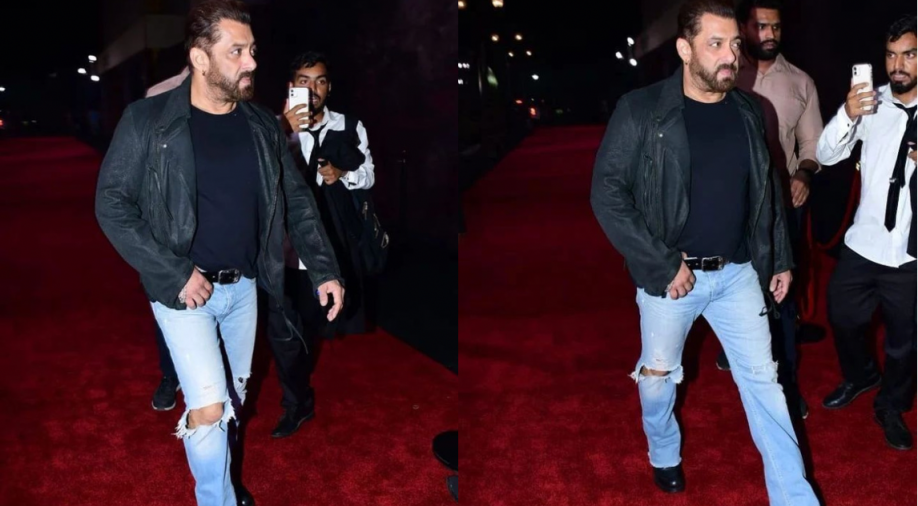 Superstar Salman Khan, who was last seen in ‘Antim: The Final Truth’, made a grand entry at filmmaker Karan Johar’s 50th birthday bash organised in Mumbai. Looking dapper in black t-shirt, denim pants and a leather jacket, the actor walked the party’s red carpet in style and left netizens impressed. Many praised his OOTD while others were going gaga over his ‘Dabangg’ walk.

In no time, the video of the actor’s stylish walk went viral on social media and comment sections got filled with praises and compliments.

One fan wrote, “Love the way he walks.” While another social media user commented, “Bhaijaan rocks.” Another one wrote, “Bhai ki entry fire hai.” “What a Dabangg walk,” a netizen commented.

What a night! Inside Karan Johar's starry 50th birthday bash, check out the pictures

Coming to his work front, the actor will be next seen in ‘Kabhi Eid Kabhi Diwali’. The film is being directed by Farhad Samji and produced by Salman Khan Films. It stars Pooja Hegde as the female lead and Jassi Gill and Siddharth Nigam as supporting leads. The movie is the remake of the 2014 Tamil film ‘Veeram’.

Salman will also star in ‘Tiger 3’ and ‘Pathan’.