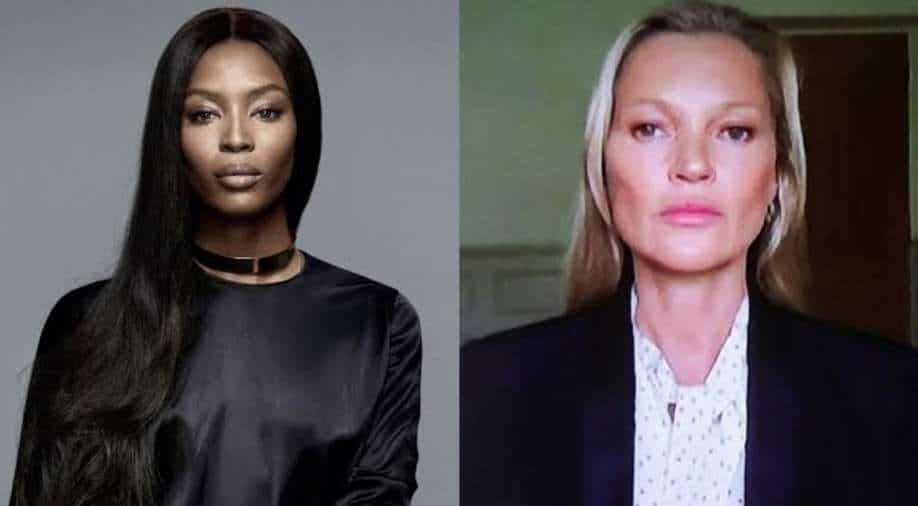 Supermodel Naomi Campbell has come out in support of Kate Moss as latter testified in the ongoing defamation trial between ex-partners Johnny Depp and Amber Heard.

In the ongoing defamation trial between actors and ex-lovers Johnny Depp and Amber Heard, model Kate Moss gave a testimony in front of the judge and jury via video call on Wednesday. From Gloucestershire, England, she addressed some claims made by Amber and shared her side of the story.

In her testimony, she denied the claims made by the ‘Aquaman’ actress. And, she said that Johnny didn’t push her down the stairs during their relationship between 1994 and 1997.

To extend her support for her fellow model, 52-year-old model Naomi Campbell took to social media to praise Johnny’s ex-girlfriend as she took the witness stand.

Campbell took to her Instagram Stories and wrote, "YES WAGON TELL IT !! @ katemossagency.”

In the Instagram story, she had added a screengrab of an article recapping Moss’s statements in court. 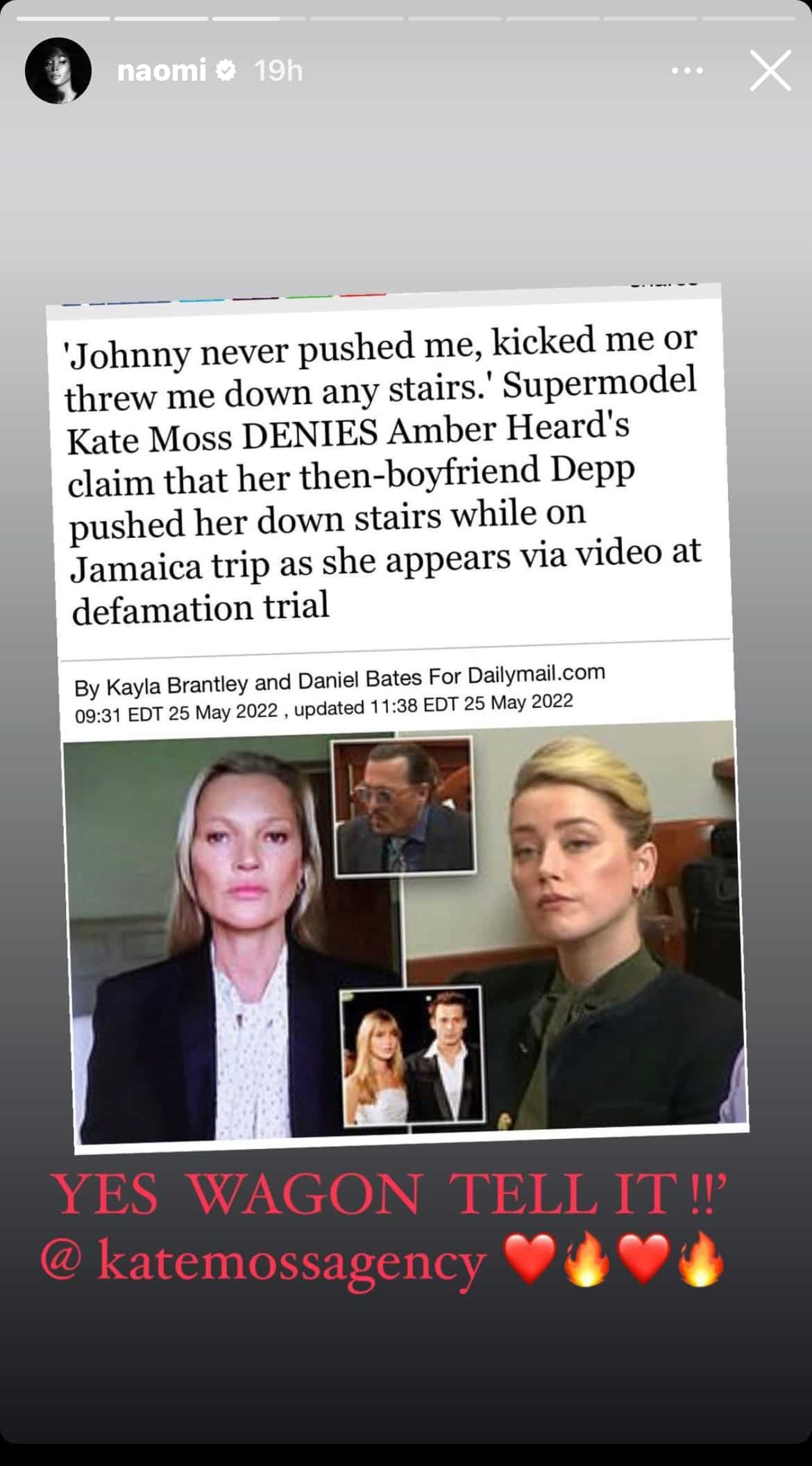 Kate’s statement has debunked Amber’s claims and has weaken her stance in the court. In her statement, the 48-year-old model said that she did fall down a set of stairs when she was on a holiday in Jamaica and that Johnny had helped her get up at the time.

When asked about the incident, Kate said, “As I left the room, I slid down the stairs and I hurt my back. I screamed because I didn't know what had happened to me and I was in pain. He came running back to help me and carried me back to my room, and got me medical attention.”

She further added that the Pirates and the Caribbean actor never pushed her, kicked her or threw her down any stairs.

Also read: Did Johnny Depp get Amber Heard a role in 'Aquaman'?Here's what actor has claimed

Amber had previously brought up the model’s name while talking about an alleged altercation between Johnny and her sister Whitney Henriquez. She had said, "(Whitney`s) back was to the staircase, and Johnny swings at her. I don`t hesitate, I don`t wait - I just, in my head, instantly think of Kate Moss and stairs."