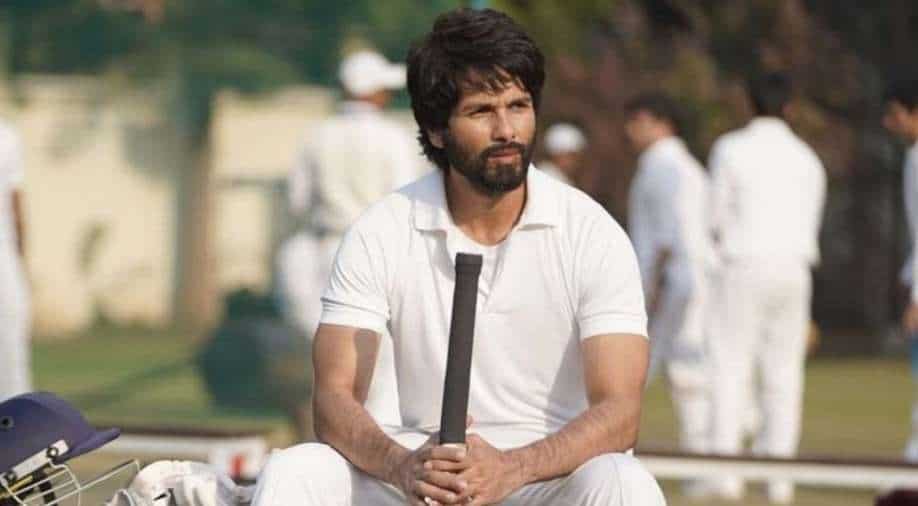 Shahid Kapoor in a still from 'Jersey' Photograph:( Twitter )

To avoid the film skipping theatres altogether and moving towards an OTT release, there are reports circulating that Shahid Kapoor is volunteering to give up a portion of his fees to manage the overhead costs of delaying the film.

As COVID returns at this time of the year with a new variant called Omicron, theatres in India and worldwide are planning a shut down to curb the spread. The latest film to suffer is Shahid Kapoor starrer ‘Jersey’ that is a cricket sport-themed film with Mrunal Thakur. The film was supposed to release in theatres on December 31 but as Omicron spreads, theatres have been asked to shut in the country.

To avoid the film skipping theatres altogether and moving towards an OTT release, there are reports circulating that Shahid Kapoor is volunteering to give up a portion of his fees to manage the overhead costs of delaying the film.

It was reported in Bollywood Hungama that the makers “had discussion with their digital partner, Netflix, who agreed to pay a premium price for a direct to digital premiere on December 31. The offer was lucrative and the producers were, of course, inclined to that.”

The report added, “They were almost sure to give the film to Netflix for a premiere since these are uncertain times and Covid will delay the film by at least 1 to 2 months, adding on to the cost and also reducing the hype around the film. They felt, instead of a hike in the budget, it’s better to let the viewers experience Jersey on OTT. That’s when the hero, Shahid Kapoor stepped in.”

Also: Yearender 2021: 5 female debutant directors who hit the ball out of the park

“The actor was clear that Jersey deserves a theatrical release. When the makers pointed out the costs, the actor was gracious enough to reduce his remuneration to safeguard the film for theatrical medium.”

“Shahid charged Rs. 31 crore for Jersey, and without any hesitation, he told the producer that he will reduce his acting fees to the extent of the additional cost that will pile up on the film due to the delay.” Also stating how it works, the person in the know said, “If the budget escalates by Rs. 5 crore, he will reduce Rs. 5 crore from his fees. If the budget is escalated by Rs. 10 crore, he will let go off Rs. 10 crore from his fees.”

Whether the makers hang on to the film until COVID cases drop down or they opt for an OTT release, is something we will have to wait and watch.

Yearender 2021: Vidya Balan to Kriti Sanon: These are the Best Female Performances of the Year