How big will 'Gangubai Kathiawadi' be at the box office? Trade experts analyze 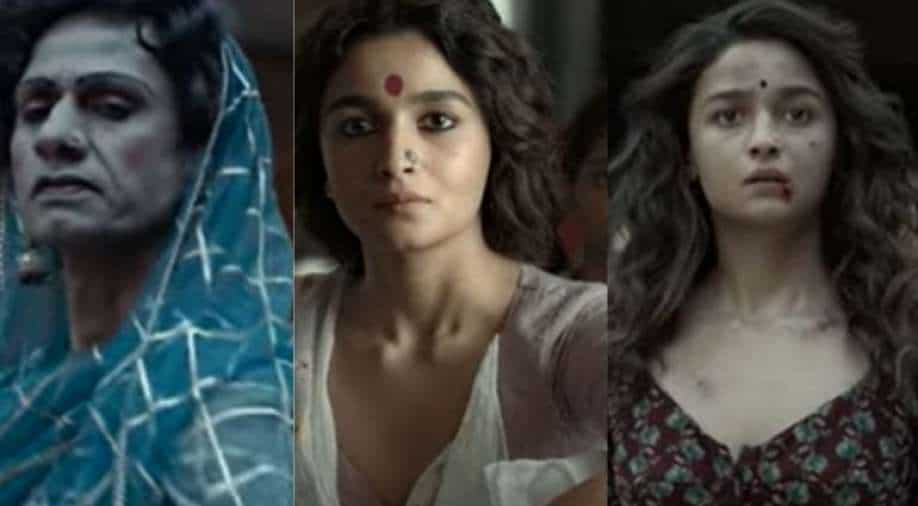 Sanjay Leela Bhansali's big release 'Ganguabai Kathiawadi' hits cinemas across the country on February 25. It is the second big Bollywood release post 'Badhai Do' to hit cinemas and expectations are very high from the film considering it is Alia Bhatt's big release after years as well as Bhansali's first release post 'Padmaavat' which was released in 2018.

Trade experts analyse how big the film will be at the box office.

Taran Adarsh (trade analyst, movie critic):  “I am very, very optimistic when it comes to 'Gangubai Kathiawadi'. Main reason: it's an SLB film. An SLB film is special, in my opinion, he is the best storyteller in India along with SS Rajamouli. The art of combining story and breathtaking visuals is a rarity and SLB scores brownie points for it.Also, the subject he chooses in film after film is genuinely out of the box. 'Gangubai Kathiawadi' is one story I am extremely keen to watch on celluloid. Also, he has cast Alia Bhatt in a role of a lifetime and I am sure, her performance will stand out in her repertoire.I am very confident, SLB will bring back the audience in large numbers. He has always done it in the past. Will happen again. The success of Sooryavanshi, Pushpa and Spiderman have proved, yet again, that moviegoers want wholesome entertainment. Gangubai Kathiawadi should emerge a success story too. Fingers crossed.”

Akshay Rathi(movie exhibitor):  “I think the biggest USP of 'Gangubai Kathiawadi' is the  manwho has  made the  film, Mr Sanjay Leela Bhansali and  his brilliant cinematic vision. This is the man who thinks ‘epic’ in every sense: we have seen that in  pretty  much all  his films. When  you go back to his  'Hum…Dil De Chuke Sanam', 'Devdas' and his more recent film like 'Bajirao Mastani' and 'Padmavat'  we are talking  about a  cinema that is crafted for movie theatres. Who better  equipped  to bring back the  audience into  theatres with  'Gangubai Kathiawadi'? Mr Bhansali  sleeps,dreams, breathes epic cinema.”

Atul Mohan(trade  analyst):  “Alia Bhatt is among one of the most bankable female stars today and Sanjay Leela Bhansali is one of the finest storytellers we have. The way Bhansali presents his heroines , nobody else does.This combination of Alia and SLB looks very lethal and we have Ajay Devgn also in the film. Combine all these brands and it looks like a perfect film to bring back the audience to the cinemas. We need one big film every month to work for the trade. We saw that in 'Sooryavanshi', 'Spider-Man: No Way Home' and 'Pushpa' last year after business resumed and Gangubai has to retain that flow of success at the BO. The rest depends on audience's verdict.”

Girish Johar(trade analyst,producer): “'Gangubai Kathiawadi' is definitely a big film coming from the stalwarts’ team of Sanjay Leela Bhansali, Ajay Devgn and powerhouse performer, Alia Bhatt. It’s one of the prestigious films of the year and has generated tremendous expectations. The respective fans of SLB, Devgan and Alia are eagerly awaiting and cinema lovers are also keen to watch this spectacle on the big screen. The film has been mounted on a big scale and is expected to have a good start at the box office. The film is surely to bring relief to the exhibition fraternity and definitely has the power to bring audiences back to the cinemas. Promotions of the film have to start, which will surely add to the excitement and will be talk of the town, in times to come. Really hope that the film is received well at the BO and it provides the much needed impetus to film industry.”

Roshan Singh(film exhibitor Bihar): “I am a hundred percent  confident that  Gangubai Kathiawadi would the biggest hit of the the  past two years, bigger than Pushpa. I remember  Mr Bhansali’s 'Hum…Dil De Chuke Sanam',  'Devdas' and Black were all released  in my theatre. They were all huge hits,  specially Devdas which ran for  25 weeks in  my theatre. People  just kept coming back over and over again to see  it, to hear the dialogues to watch the songs.  I am confident  history will repeat itself with 'Gangubai Kaithiawadi'.”