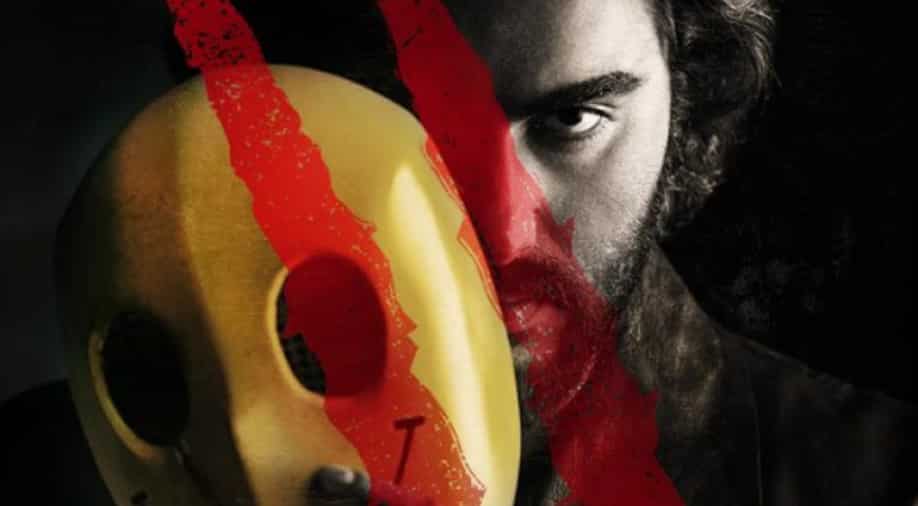 Directed by Mohit Suri, ‘Ek Villain Returns’ is the sequel to the super hit thriller film ‘Ek Villain', which was released in 2014.

After a long wait, the makers of the upcoming thriller film ‘Ek Villain Returns’ unveiled the first-look posters of John Abraham, Arjun Kapoor, Tara Sutaria, and Disha Patani on Monday. As the first part of the film, ‘Ek Villain', completes eight years on Monday, the makers unmasked the first looks of the stars.

In the posters, the star cast of the film can be seen donning a dark and intense look, showing their villainous avatars. Each star is holding up a yellow smiley mask, a symbol of the franchise.

Sharing the same caption, the ‘Ek Villain Returns’ star cast wrote: "In the world of Villains, Heroes don't exist! And #EkVillain is back after 8 years. Beware #EkVillainReturns on 29th July."

The posters read, "Heroes don't exist," along with the release date of the film. In all four posters, the only thing that can’t go unnoticed is the mask being held by Tara, as her mask is the only one with star eyes, whereas, in all the other three posters, the masks are with round eyes.

Soon after the posters were out, fans showed their excitement for the much-awaited sequel and dropped comment sections with heart and fire emoticons.

Directed by Mohit Suri, ‘Ek Villain Returns’ is the sequel to the super hit thriller film ‘Ek Villain', which was released in 2014 and starred Sidharth Malhotra, Shraddha Kapoor, and Riteish Deshmukh in the lead roles. The sequel is slated to hit theatres on July 29, 2022. ‘Ek Villain Returns’ has two villains, John Abraham and Arjun Kapoor, and follows their story while actresses Tara Sutaria and Disha Patani are the female leads in the film.

Meanwhile, on the work front, Arjun Kapoor was last seen in ‘Bhoot Police’ with Saif Ali Khan, Yami Gautam and Jacqueline Fernandez, which can be streamed on Disney Plus Hotstar. On the other hand, John Abraham was last seen in ‘Attack: Part 1’ with Jacqueline Fernandez and Rakul Preet Singh. Tara Sutaria’s last screen appearance was in Sajid Nadiadwala’s 'Tadap', in which she was paired opposite debutant Ahan Shetty, and actor Disha Patani was last seen alongside Salman Khan in 'Radhe' in 2021. ‘Ek Villain Returns’ marks the actress's second collaboration with director Mohit Suri after ‘Malang’.