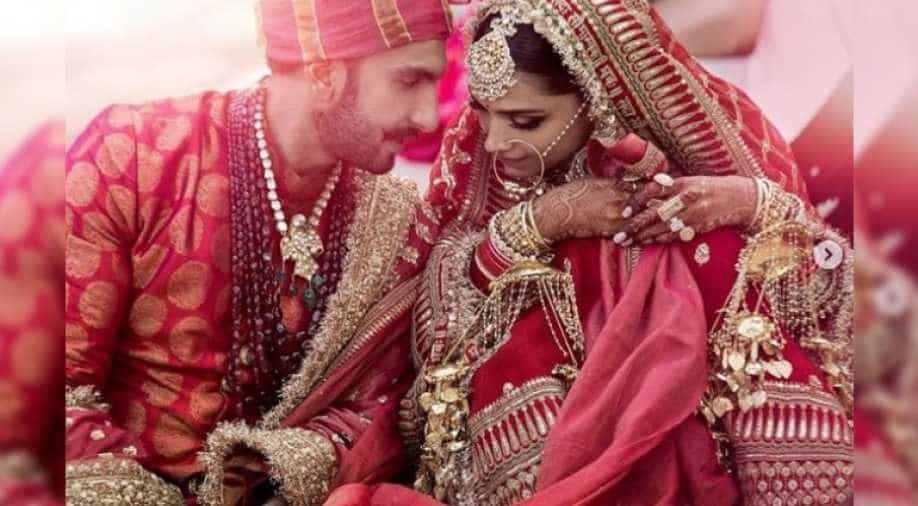 Deepika Padukone and Ranveer Singh tied the knot in a two-day ceremony in Lake Como, Italy in 2018. They hosted three receptions later in India.

Bollywood actors Deepika Padukone and Ranveer Singh are celebrating their second wedding anniversary today. Unlike last year, the couple is having a low-key celebration and took to their respective social media account to wish each other.

Ranveer wrote a lovely caption for Deepika calling her 'meri gudiya' (My Doll), while Deepika shared the same images writing, "Two peas in a pod" followed by "you complete me"

Donning a floral suit Deepika is seen smiling and leaning on to a Nehru-jacket clad Ranveer. The pic appears to be taken on a river-side.

For their first anniversary, last year, the two actors, along with their families visited the Tirumala Tirupati temple on Thursday early morning. The temple is in Tirupati town in Andhra Pradesh. The couple tied the knot in a two-day ceremony in Lake Como, Italy in 2018. They hosted three receptions later in India.

The power couple has worked together in Ram Goliyon Ki Raasleela Ram-Leela, Bajirao Mastani and Padmaavat among others. They dated for quite some time, before getting married in an inclusive ceremony, followed by receptions, they were attended by the couple's families and friends from the industry.

Also see: The Bollywood celebrities who give us couple goals