Valentine's Day special: The Bollywood celebrities who give us couple goals 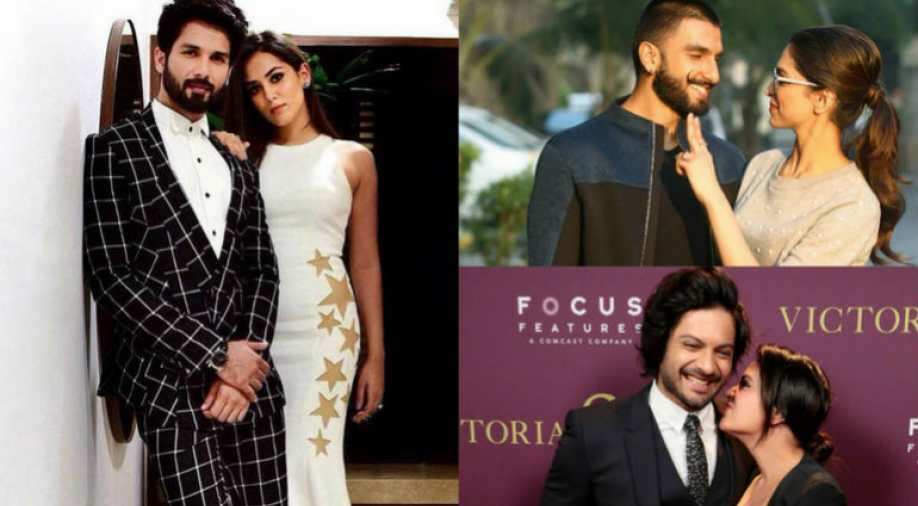 It's not easy to maintain a healthy, normal relationship when it is under constant scrutiny and is in the public eye. While a lot of relationships succumb and fail to work in tinsel town, there are some who gives us hope that love can exist in the world of glamour.

So here it is. The five couples who are currently giving us major couple goals.

We had to begin the list with these two! One of the most celebrated couples of present times, Virat and Anushka have always believed in keeping their relationship a private affair. Their wedding was also a private, intimate affair. But the leaked photos gave us a glimpse of their dream-like Tuscan wedding and the nation just could not get enough of how beautiful they looked together. While Anushka keeps mum about her feelings in public, Virat has often been seen blowing away kisses to his lady love during important matches from the field.

No one knew that these two were dating for the longest time until, last year at the premiere of Victoria and Abdul, Richa wished Ali with the sweetest message as she accompanied him on the red carpet as his date. This lovely couple is the perfect example of young love blossoming into a beautiful relationship. They are seen sharing sweet moments on red carpets in international shores and they do not shy away from indulging in PDA on social media. Ali recently gifted Richa a cat who she adores a lot and the two are very supportive and encouraging of each other's career as well.

When they got married, many raised eyebrows about the huge age difference between them. But Shahid Kapoor and Mira Kapoor have worked to make their marriage work and look like a perfect example of everlasting love. Their dedication to one another is evident and that shows how happy they are together. Shahid’s cute little gestures for Mira make his female fans go weak in their knees and leaves Mira blushing.

They may not speak about their relationship in public, but Sonam Kapoor and Anand Ahuja's PDA on social media is for everyone to see. Distance has never kept them from expressing their love for each other and their delightful posts about each other speak a lot about their love for each other. While there hasn't been any official announcement, but reports suggest that two are tying the knot in mid-April this year!

A couple that works out together, stays together. Fitness freaks Bipasha Basu and Karan Singh Grover are often seen going for their gym sessions together. The couple who met while filming for a movie have been married for more than a year and still look completely smitten by each other.