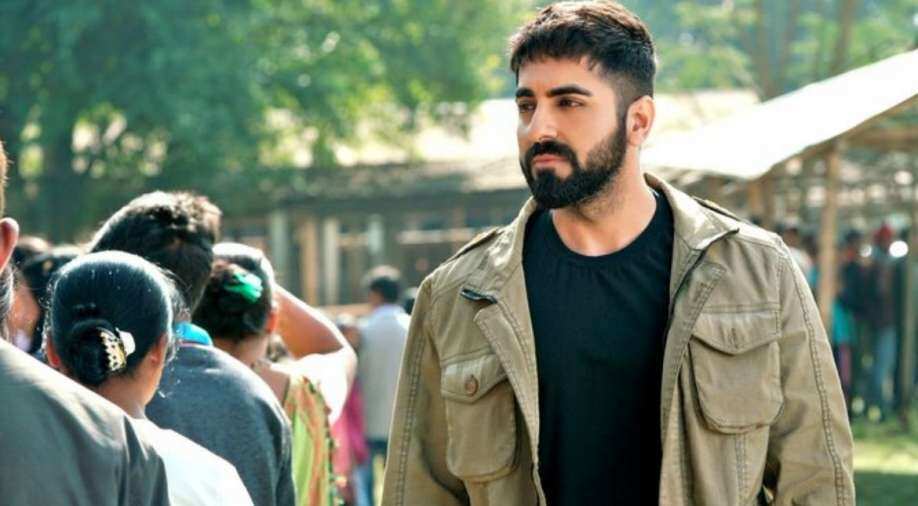 Ayushmann Khurrana in a still from 'Anek' Photograph:( Twitter )

‘Anek’ is the latest gem from the Anubhav Sinha-Ayushmann Khurrana partnership and it succeeds in creating a thought-provoking narrative for its viewers.

“Peace is a subjective hypothesis,” a character tells another in director Anubhav Sinha’s latest venture ‘Anek’ and no other dialogue could have captured the essence of the film better. The earlier collaboration of Sinha and lead actor Ayushmann Khurrana – 'Article 15' – earned a lot of praise for its portrayal of caste politics in rural Uttar Pradesh. ‘Anek’, which is set-in Northeast India, tries to ask the question “What it means to be Indian” in the backdrop of government propaganda and militancy aimed at secession. The film explores what peace can mean for different kinds of people in various positions and it is that complete storytelling along with yet another earnest performance from Ayushmann that makes the film work.

Ayushmann plays an undercover cop called Aman with a mission to keep the separatist groups in control. With the Indian government negotiating a peace accord with the local leader (played by Loitongbam Dorendra), a new group known as ‘Johnson’ are looking to disrupt the process.

However, there is more to the situation that meets the eye as Aman is forced to choose between his emotions and his duties. On the other hand, we follow Aido, a national-level boxer played by debutant Andrea Kevichüsa, on her fight against discrimination and her influence on Aman’s life.

Written by Anubhav Sinha, ‘Anek’ is a story of common people in Northeast India shown through the eyes of his protagonist Aman. Like 'Article 15', the hero is a newcomer to the region and through his experiences, we learn more about the problems and lives of the local population. This allows the film to give equal space to multiple plot points allowing the audience to totally immerse into the story.

This is Ayushmann Khurrana in his element. The actor has made it a habit to tackle social issues with his own trademark charm but with ‘Anek’, he ventures into murkier waters. The role of Aman allows him to show a darker and grittier side to his acting – something that adds to the tone of the film. He fulfils what the role demands of him with ease and even takes part in a full-blown action sequence.

Like 'Article 15', ‘Anek’ once again allows Ayushmann to deliver a stirring monologue. This time, it is about how a person can get over the various divisions that does not allow one to become just ‘an Indian’. The sequence, which also features JD Chakravarthy of Satya fame, allows Ayushmann to revisit his ‘Article 15’ charm and it is one of the conversations that will remain with the audience.

Andrea Kevichüsa is equally impressive in her role, as the actress from Nagaland brings a dose of honesty to her performance. From the shock of facing discrimination at the hands of police officials to dealing with the tragedy in her village, the actress pulls off her role perfectly. Her boxing skills may not impress a lot of people but it is a small blot on one of the best debuts in recent times.

The supporting cast, which boasts of powerful performers like Kumud Mishra, Manoj Pahwa and Sushil Pandey, played their roles to perfection with special mention to Mipham Otsal who played Aido’s father with the exact passion and gravitas that the role demanded. JD Chakravarthy appears in a short role but is gifted with one of the most well-crafted conversations in the entire film.

The film urges us to find unity in our diversity and understand how situations form every human being’s identity. For Aido, the urge to represent India on the global stage is the ultimate motivation while for her father, secession is the only way. In a society where Northeastern people are still discriminated against and called racial slurs, the movie does not villainise the militants who are in favour of secession but tries to understand what led to their decisions and their ultimate motives.

‘Anek’ is the latest gem from the Anubhav Sinha-Ayushmann Khurrana partnership and it succeeds in creating a thought-provoking narrative for its viewers. While the movie refrains from taking a preachy tone for its majority, it will certainly leave the audience with much to ponder.