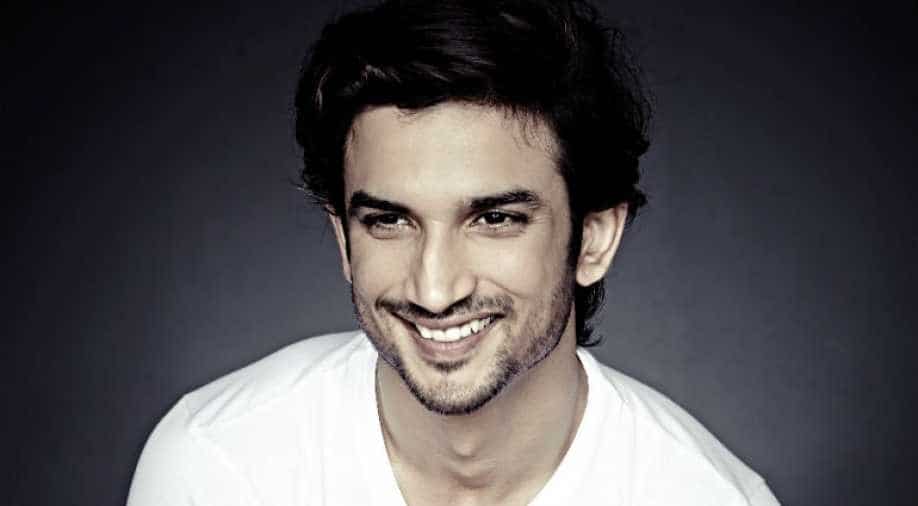 In the course of a month, Sushant Singh Rajput's death has been widely discussed with several parallel narratives coming into the fore. Here's a timeline of events.

Sushant Singh Rajput's death on June 14 left the entire nation in shock. A popular actor in Bollywood, Sushant had made his foray into films after a successful stint on TV. According to the Mumbai Police, the actor was found hanging at his Mumbai residence. He died by suicide but did not leave any note behind. The actor was reportedly suffering from depression.

A little over a month later, his family now has cried foul and alleged that Rhea Chakraborty, the actor's girlfriend had a hand in his death. In the course of a month, Sushant's death has been widely discussed with several parallel narratives coming into the fore. While the Mumbai police is yet to complete its investigation, the Bihar Police too has been questioning people related to the case. Meanwhile, on the behest of the Bihar Government, the Centre has asked CBI to take over the case.

Here's what we know so far about Sushant Singh Rajput's case.

June 14: Sushant Singh Rajput found dead at his Bandra apartment in Mumbai. The police finds prescription related to depression at his residence. No suicide note is found.

June 15/16: Kangana Ranaut questions the Mumbai Police investigations and debunks the theory of Sushant committing suicide. She brings forward the nepotism angle once more and states that the actor was a victim of nepotism that exists in the film industry. Kangana later also claimed that Sushant was affected by the vicious blind items that were written against him.

June 17: Casting director Mukesh Chhabra questioned by Mumbai Police. Sushant starred in Chhabra's directorial debut 'Dil Bechara' which was the actor's last film. Chhabra revealed that he last spoke to Sushant on his birthday, which was on May 27. Sushant had reportedly told him that he was unwell.

June18: Sushant's girlfriend Rhea Chakraborty is summoned by the Mumbai Police. Is questioned for 9 hours. Rhea states she was in a live-in relationship with the late actor. Had left his home four days before his death after an argument with him.

July 7: Sanjay Leela Bhansali questioned by the police. Director reveals he had offered Sushant four films but the actor could not be a part of any of the films.

July 9:  In a letter to PM Narendra Modi, Cabinet Minister Subramanian Swamy appealed for a CBI Probe in the actor's death case. His letter is acknowledged on July 26. Fans on social media welcome the move.

July 10: Actress Sanjana Sanghi, Sushant's co-star in 'Dil Bechara' questioned by Mumbai police. Sushant's name had cropped up briefly ovedr #MeToo controversy and Sanjana had to later clear his name from the controversy.

July 14: A month after his death, Rhea Chakraborty breaks her silence on social media. Writes a heartfelt tribute to Sushant. She also shares screenshot of the online hate she has been receiving since Sushant's death and states that she has been receiving rape and death threats. On July 16, she appeals to Amit Shah to initiate a CBI investigation in his case.

Still struggling to face my emotions.. an irreparable numbness in my heart . You are the one who made me believe in love, the power of it . You taught me how a simple mathematical equation can decipher the meaning of life and I promise you that I learnt from you every day. I will never come to terms with you not being here anymore. I know you’re in a much more peaceful place now. The moon, the stars, the galaxies would’ve welcomed “the greatest physicist “with open arms . Full of empathy and joy, you could lighten up a shooting star - now, you are one . I will wait for you my shooting star and make a wish to bring you back to me. You were everything a beautiful person could be, the greatest wonder that the world has seen . My words are incapable of expressing the love we have and I guess you truly meant it when you said it is beyond both of us. You loved everything with an open heart, and now you’ve shown me that our love is indeed exponential. Be in peace Sushi. 30 days of losing you but a lifetime of loving you.... Eternally connected To infinity and beyond

Respected @amitshahofficial sir , I’m sushant Singh Rajputs girlfriend Rhea chakraborty, it is now over a month since his sudden demise . I have complete faith in the government , however in the interest of justice , I request you with folded hands to initiate a CBI enquiry into this matter . I only want to understand what pressures prompted Sushant to take this step. Yours sincerely Rhea Chakraborty #satyamevajayate

July 18: YRF head, Aditya Chopra gave his statement to the Mumbai cops. Chopra was questioned over Sushant's contract with YRF which eventually got terminated in 2016.

July 21: The Bandra cops called film critic Rajeev Masand for interrogation. They asked him about all the blind items that he had written for Open magazine.

July 24: Sushant's last film 'Dil Bechara' releases. The film gets over 95 million views making it the biggest digital opening for any film on  OTT platform.

July 27: The viscera report submitted by Mumbai police rules out the possibility of foul play  The stomach wash report is awaited as well as nail samples.

Same day, Mahesh Bhatt is questioned by the police. The filmmaker states he has met Sushant only twice in his life. He said that at a party in February, he found the actor confused and told Rhea Chakraborty to take good care of him.

July 28:  Sushant Singh Rajput's father KK Singh lodges an FIR in Patna. It has 16 charges on Rhea Chakraborty. She is accused of abetting his suicide, criminal breach of trust, forgery and some charges under the Indian Mental Health Act. Rhea's family is also accused by Sushant's father.

July 29: Rhea files petition at the Supreme Court asking for the case to be transferred to the Mumbai Police.

July 29: Apurva Agnihotri, the CEO of Dharma Productions submits the contract papers for 'Drive' - Sushant's last film before 'Dil Bechara'. The film was initially planned as a three-film deal and meant for theatrical release but eventually was released on Netflix. Agnihotri revealed why the film was released on an OTT platform. He said they did not have a clash with the late actor. Karan Johar might get called if required.

August 1: Reacting to media trial, Rhea Chakraborty issues a video statement. With folded hands she says, "“I have immense faith in God and the judiciary. I believe that I will get justice. Even though a lot of horrible things have been said about me in the electronic media, I refrain from commenting on the advice of my lawyers as the matter is sub-judice. Satyamev Jayate. The truth shall prevail.”

The same day, in an exclusive interview with Zee News, Ankita Lokhande states that his fans and family deserve to know the truth about Sushant's death. Ankita states that they were not in touch post-2016 when they broke up but she was sure that Sushant was not the kind of person who would get depressed. "He was fearless," Ankita says.

August 5: Centre approves the Bihar government's appeal to hand over the case to CBI. The Supreme Court asks Bihar Police, Mumbai Police to submit reports related to the case within three days.

August 6: CBI files an FIR against Rhea Chakraborty and five others in relation to the case.

August 7: Rhea Chakraborty and her brother Showik appear before the Enforcement Directorate (ED) in Mumbai in connection with the money laundering case lodged by it.

August 8: Rhea Chakraborty lawyer Satish Maneshinde shared a picture from Sushant Singh Rajput handwritten "gratitude note" on Rhea’s notebook where he has expressed gratitude for his life and the presence of Rhea’s family in his life, along with note she also shared late actor’s sipper with ‘Chhichhore’ written on it. Rhea claimed that these two are the only property she possesses that belongs to Sushant.