Ankita Lokhande opens up about Sushant Singh Rajput: He was a successful man, work was not the reason for his death 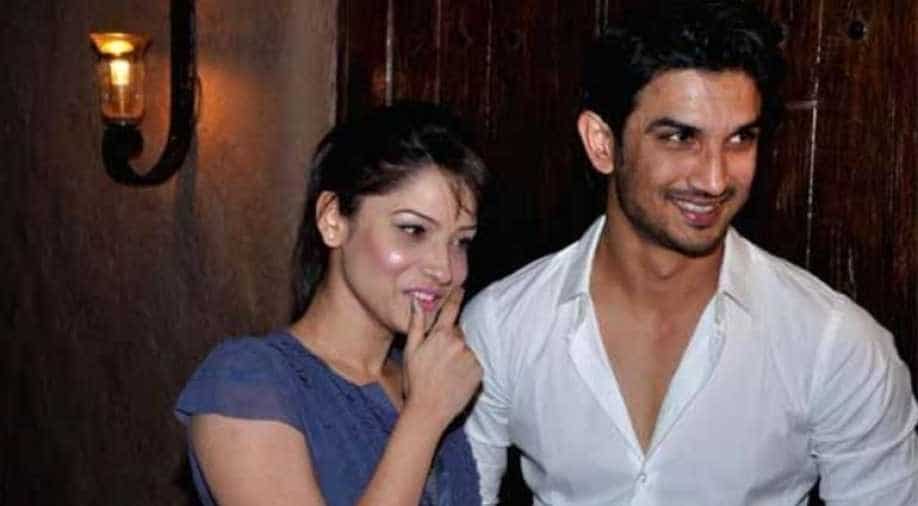 Actress Ankita Lokhande, who was in a live-in relationship with Sushant Singh Rajput, said the actor was aware of nepotism when he entered the film industry and yet survived and became a successful actor.

Bollywood actor Sushant Singh Rajput's death sparked off the nepotism debate in Bollywood, with many fans believing that the actor decided to end his life as he was a victim of nepotism and snubbed by prominent filmmakers. Refuting the theory completely, actress Ankita Lokhande, who was in a live-in relationship with Sushant Singh Rajput, said that the late actor was very much aware of nepotism when he entered the film industry and yet survived and became a successful actor.

Lokhande spoke exclusively to Zee News and opened up about her relationship with Sushant Singh Rajput and why she felt he would never be a victim of any mental illness.

"I don't agree with those who are saying he was suffering from depression or was bipolar. These are big words and I cannot associate them to Sushant," said Ankita while speaking to Sudhir Chaudhary, Editor-in-chief, Zee News.

Calling Sushant hardworking, enthusiastic and full of life, Ankita stated that work could not be the reason for his suicide. "He had seen so many ups and downs in his life. He waited for three years before 'Kai Po Che' happened for him, his film 'Raabta' did not work- he didn't get so affected. He was a successful man, his last few films had worked at the box office, why would work be the reason for his death?" asked Ankita.

The actress was in a six-year-long live-in relationship with Sushant Singh Rajput. The two met on the sets of Zee TV's 'Pavitra Rishta' and started dating soon after. They broke up in 2016, which was also the last time Ankita had met Sushant. "I met him in March 2016 last. Over the years I did follow his work and was happy to see him doing so well. But last year, I observed there was a change in his behaviour. He was not in touch with Mahesh (TV actor Mahesh Shetty) who he was close to, he was not so much in touch with his family and he was not seen soo much in the media. I did feel that the warmth in his smile and twinkle in his eyes was missing in the past year."

Steering away from blaming anyone in particular, Ankita said that she would want the truth behind his sudden death to be known to everyone. "His family, his fans, you and I- we all deserve to know the truth."

Sushant's father recently filed an FIR against his girlfriend Rhea Chakraborty on charges of abetment of suicide and money laundering. Without naming Rhea, Ankita stated that she supported Sushant's father completely and said, "If he has filed a complaint, he must have had enough proof about that person."

"I knew a different Sushant. Someone who was ambitious and fearless. Who said he would do farming or making short films if his films didn't work.He was not insecure about his career that he would decide to end his life. Sushant changed in last one year, stopped keeping in touch with his family," said Ankita.

Ankita also for the first time opened up about her break up and said, "When we were together there was never a bad moment. I don't blame anyone for our breakup, maybe we weren't meant to be. But I was always happy to see his rise."
When asked if she felt she could have saved him if they were still together, Ankita said, "I was not in the picture only. For four years we were not in touch. But yes, I wish I could have stopped him from taking such a drastic decision. As a friend, I would have tried to save him if we were in touch."

While Ankita stated that Sushant didn't seem like the man who would be governed by someone, she added that people do things when they are in love. "He was a smart man. Maybe he was too invested in his relationship (with Rhea) emotionally. But if your partner is suffering from depression, not keeping well, why would you leave him alone?" asked Ankita indicating at Rhea's and Sushant's break up a few days before his death.

Ankita also said she wanted the Bihar police to investigate the case further since the Mumbai Police had not even filed an FIR. The actress mentioned that she believed and supported Sushant's family and that they deserved to know the truth about his death.