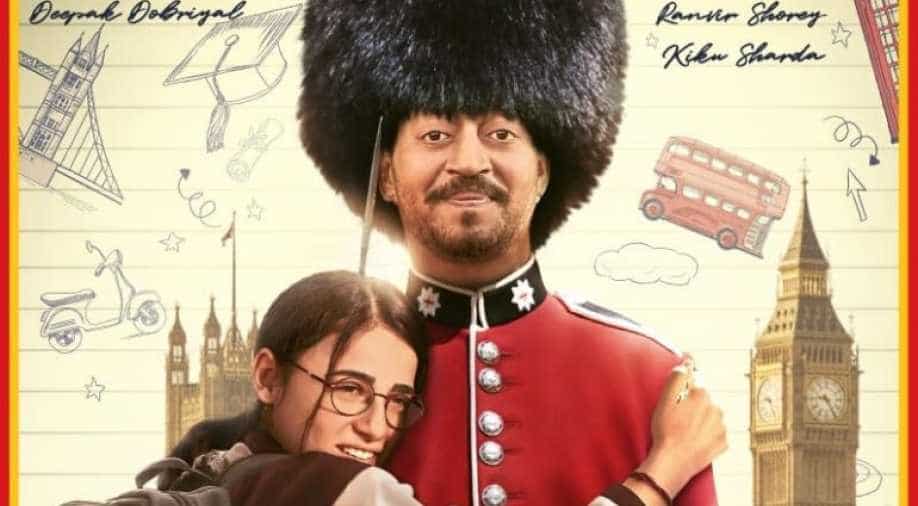 Ever since Irrfan Khan announced he was making a comeback in Homi Adajania's 'Angrezi Medium' -fans have been eagerly waiting to get a glimpse of the actor in the film.

Ever since Irrfan Khan announced he was making a comeback in Homi Adajania's 'Angrezi Medium' -fans have been eagerly waiting to get a glimpse of the actor in the film.

On Wednesday, the makers shared the first poster of the film which is a sequel to 'Hindi Medium'. The poster features Radhika Madan and Irrfan who is dressed as one Queen's royal guards. What more, Adajania also shared a montage video that has Irrfan's voiceover and gives fans a glimpse of the film that also features Kareena Kapoor Khan, Ranvir Shorey and Deepak Dobriyal.

Angrezi Medium: Irrfan Khan is all smiles in the first look from the film

In the video, Irrfan can be heard saying that he would have wanted to promote his film but due to illness, he is unable to. The actor then goes on to say how in difficult times, one can't help but approach problems with positivity. The montage ends with Irrfan saying 'enjoy the trailer, be kind to each other, watch the film and yes, wait for me'.

The film has Radhika Madaan playing Irrfan's daughter and the story is set in London- which explains Irrfan's get up in the poster.
The trailer of the film is set to release on February 13 and it has been produced by Dinesh Vijan. 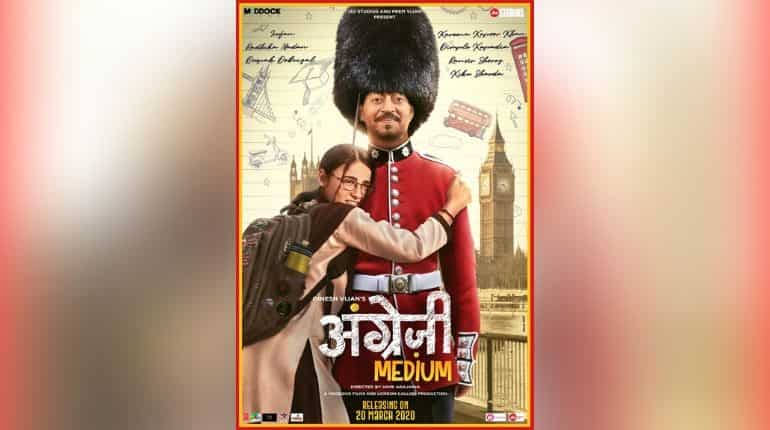 Irrfan has been away from the arclights since early 2018 when the actor was diagnosed with a rare kind of cancer. The actor moved base to London soon after - assuring his fans that he will be back soon. In early 2019, Irrfan came back to India - and began shooting for 'Angrezi Medium' but has kept a low profile since then.