Bodyguards, secret schedule & no outdoors; this is how George and Amal Clooney are protecting their kids from Islamic State 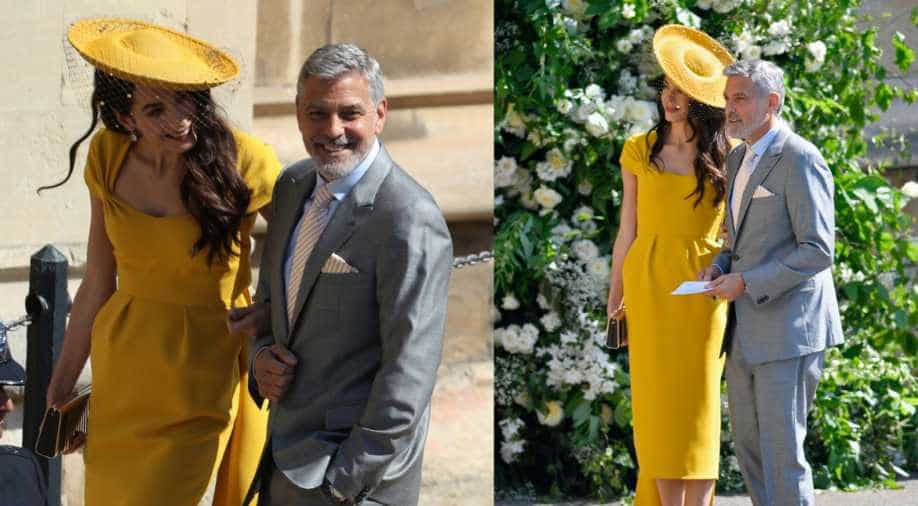 The twin kids have a "bounty on their heads" as told by George.

George Clooney and wife Amal are under massive pressure as their twin children could next become targets for terrorist organisation IS(Islamic State).

As Amal, a high-profile lawyer takes the organisation to court for human rights abuses, the celebrity couple fear for the safety of their children.

Named Ella and Alexander, the twins have been stopped from being taken for walks in the park or any other outdoor activity as there is apparently a "bounty on their heads". The kids have been taken to a safe place and reportedly not even the extended family is told of their whereabouts.

George addressing this matter at the Hollywood Reporter's Awards Chatter podcast said, "It's the kind where going to a ballgame and sitting out with the gang isn't really possible - it's distracting for everybody else, and not necessarily fun for me.”

He went on to add, "I miss some of that. My wife and I wanted to walk our kids in Central Park, and that's just not possible. We tried, but we walk out the door and everybody surrounds them. And there's a bounty on my kids' head for a photo, so that's something that we are very conscious of. Everything changes when you have two kids on how you have to protect them. My wife is taking the first case against IS to court, so we have plenty of issues - real, proper security issues - that we have to deal with on a fairly daily basis."

The superstar father expressed how difficult it is to be in this situation and said, "We don't really want our kids to be targets, so we have to pay attention to that. But, you know, we also live our lives. We don't hide in corners."

The Clooney family has now hired a number of bodyguards with Secret Service or CIA backgrounds. They are with the family 24 hours in a day and even keep their schedules on lock-down from friends and relatives.

As for how this started, Amal is currently pursuing legal action against the religious extremists who have brutalised their way through Syria and Iraq in the last five years. She aims at prosecuting the group for genocide against the Yazidi people in northern Iraq, who have been subjected to death, rape, torture and sex slavery as IS fundamentalists cut them off from contacting the outside world.

The case is set to go through the French courts later this year. She had earlier spoken around the same theme at the United Nations’ Security Council last month, in which she urged UN countries to demand justice.