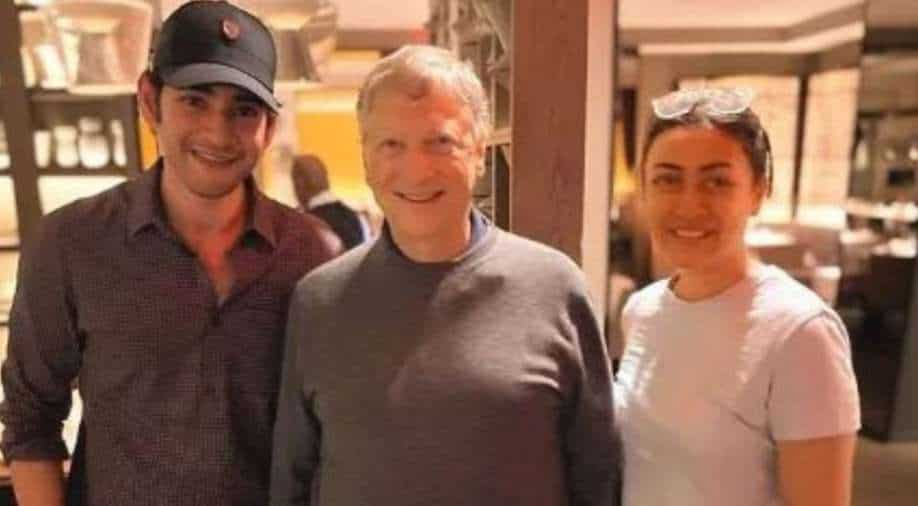 Earlier this week, Telugu superstar Mahesh Babu along with his wife Namrata Shirodkar met Microsoft co-founder Bill Gates in New York. Taking to his social media handle, the 46-year-old posted a photo with Gates. In the caption, he wrote, "Had the pleasure of meeting Mr. @thisisbillgates! One of the greatest visionaries this world has seen... and yet the most humble! Truly an inspiration!! (sic)"

Later, Gates re-shared the picture and expressed how much he liked meeting the power couple from India's showbiz.

Gates took to Twitter to write a special message for them. "Being in New York is always fun - you never know who you`ll run into. It was great meeting you and Namrata! (sic)," Gates' post read.

Being in New York is always fun – you never know who you’ll run into. It was great meeting you and Namrata! https://t.co/qBykgcXDS6

Babu has been on a long holiday with his wife and two children, Sitara Ghattamaneni and Gautham Ghattamaneni, for a while now. Till now, they have visited several parts of Europe. Currently, they are in New York.

Meanwhile, on the movie front, Babu was last seen in the hit Telegu film `Sarkaru Vaari Paata`. The film also featured Keerthy Suresh and was helmed by Parasuram Petla.

It released in theatres on May 12.