Amitabh Bachchan: 75 per cent of my liver is gone. I am still surviving on 25 per cent 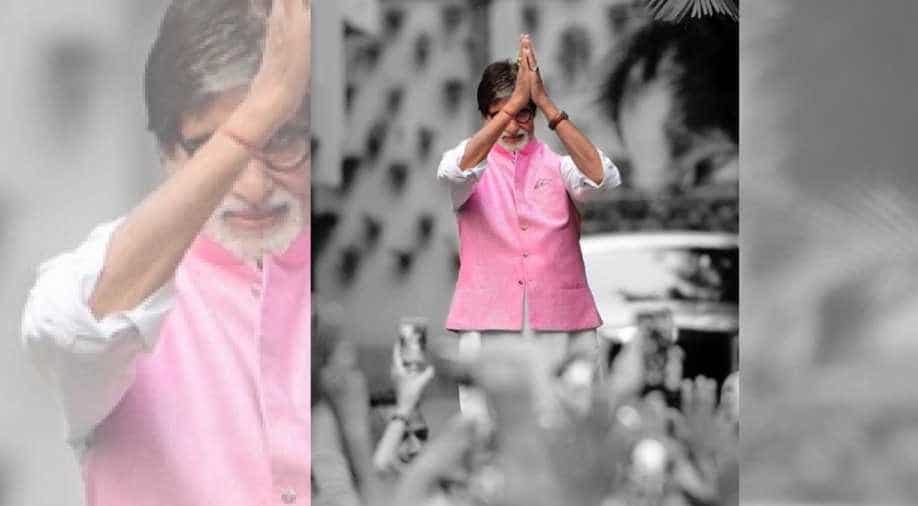 He was diagnosed with tuberculosis in 2000, something he had no idea that he was suffering from for the past eight years.

Amitabh Bachchan is “surviving on 25 per cent” of his liver for the past 20 years and we don’t know how to react to this.

The veteran star revealed on a TV show as he was discussing health with doctor Harsh Vardhan urging him to spread awareness about regular check-ups to facilitate early diagnosis in any illness. He revealed on the show that he was diagnosed with tuberculosis in 2000, something he had no idea that he was suffering from for the past eight years.

It was the same day when he started shooting for his hit show, Kaun Banega Crorepati in 2000.

Amitabh said, "I keep quoting my personal example all the time and try and propagate the idea of getting yourself detected and I don’t mind saying this publicly I am a tuberculosis survivor, Hepatitis B survivor... Bad blood infusion went in and 75% of my liver is gone but because I was able to detect it even after a period of 20 years, when 75% of my liver is gone. I am still surviving on 25%.”

A regular name in public service advertisements as he speaks about health campaigns like Polio, Hepatitis B, Tuberculosis and diabetes; he spoke about the need to undergo regular health check-ups.

Amitabh added, “Then there is a cure. Even with Tuberculosis. I did not know for almost 8 years I was suffering from Tuberculosis. I keep saying that with immodesty if it can happen to me to anyone. Therefore if you are not willing to get yourself tested then you would never find out and there's never going to be a cure for it.”

“It was a TB of spine. It’s very uncomfortable. You cannot sit or lie down. Most of the time, I was on 8-10 pain killers a day just to survive the period when I was anchoring the game show,” Amitabh had earlier said.

Coronavirus: Jackie Chan says he is safe, not under quarantine