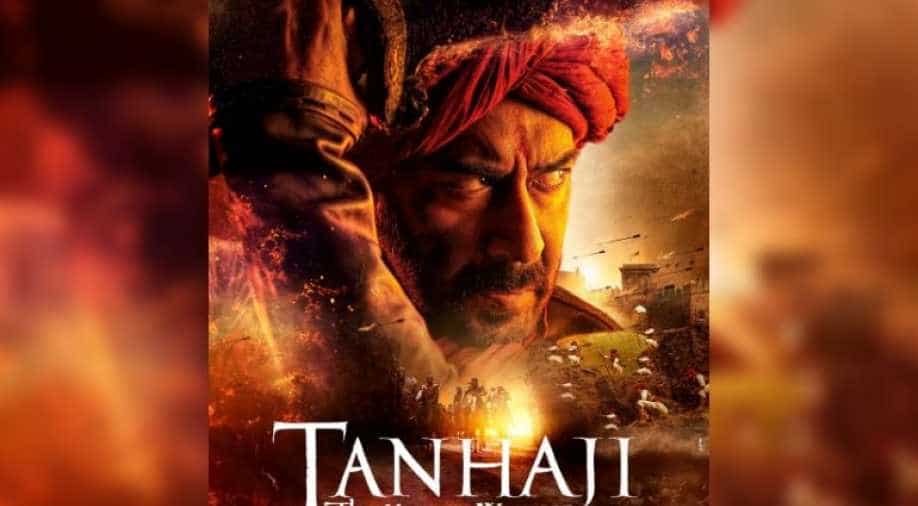 Apart from Ajay, Saif Ali Khan will also be seen sharing screen space with the former after almost 12 years. They were last seen together in the 2006 hit film 'Omkara'.

Ajay Devgn who is all set to rule the screens as Subedar Taanaji Malusare presented the first poster from his upcoming feature 'Tanhaji: The Unsung Hero'.

The 'Shivaay' actor will be seen as the unsung warrior of the Indian history who fought alongside Chatrapathi Shivaji Maharaj. The poster of the film is nothing less than a glorious treat to the eyes, featuring Ajay as the fierce and determined warrior!.

He is seen wearing a red turban with a tilak on the forehead and sword in hand. The poster seems like an amalgam of a number of scenes from the film including one featuring an army of warriors on horses while the other shows them in the middle of a war.

Devgn posted the fiery poster on Twitter and wrote, "Mind that was as sharp as a sword... Tanhaji, in cinemas 10th January 2020". The Om Raut-directorial is being produced by the actor himself with Bhushan Kumar and Krishan Kumar. Earlier, the movie was scheduled to hit big screens this year but will now release next year on January 10.

Apart from Ajay, Saif Ali Khan will also be seen sharing screen space with the former after almost 12 years. They were last seen together in the 2006 hit film 'Omkara'.

Saif will play the role of an antagonist, Uday Bhan, a Rajput official who works for Mughal Emperor Aurangzeb. It will also star Kajol. As per various media reports, Kajol has shot a song sequence for the film on a lavish set decorated with elegant rangoli and diyas, constructed in Mumbai's Film City.