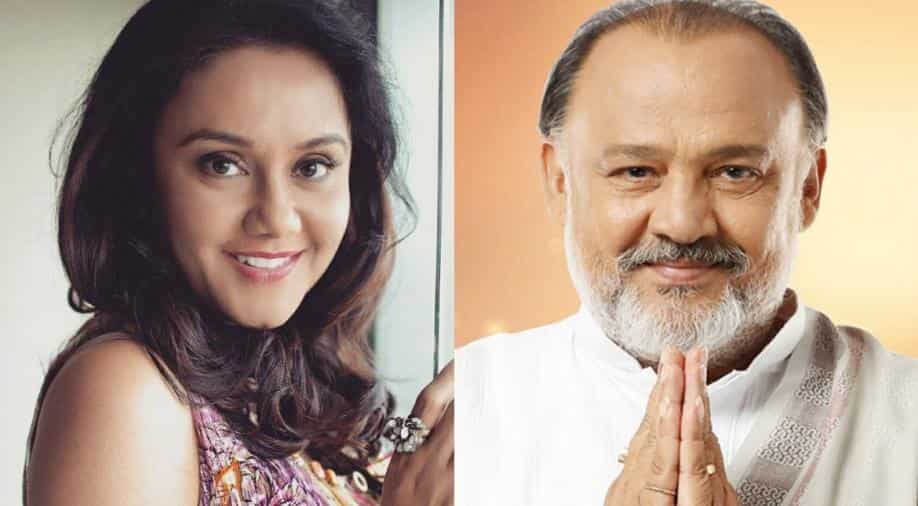 Taking to Twitter, Deepika wrote: “Everyone in the industry knows that #AlokNath is an obnoxious drunkard who harasses women."

Actor Alok Nath finds himself in a soup as another female actress accuses him of harassing her on the sets of a shoot. Deepika Amin who has worked with Alok on a couple of films revealed that “everyone in the industry knows that Alok Nath is an obnoxious drunkard who harasses women.”

Taking to Twitter, Deepika wrote: “Everyone in the industry knows that #AlokNath is an obnoxious drunkard who harasses women. Years ago on a telefilm outdoor shoot, he tried to barge into my room. He slobbered over women, drunk and created a scene. The unit rallied around me and made sure I was safe. #metoo”

This comes after Vinta Nanda wrote an explosive Facebook post narrating how she was raped by Alok Nath two decades back. Then Sandhya Mridul came out with her story on social media against him. Alok responded to Vinta's allegations and said, "Neither am I denying this nor do I would agree with it. It (rape) must have happened, but someone else would have done it. Well, I do not want to talk much about it as for the matter if it has come out, it will be stretched."

Deepika apparently felt uneasy around Alok, however, she added that Alok could have become a changed man as he didn’t behave the way he used to earlier on the sets.

She narrated in a Facebook post that this time when she worked with him on the film ‘Sonu Ke Titu Ki Sweety’, he was “quiet and subdued.”

Her post reads: “But recently on the shoot of Sonu Ke Titu ki Sweety, he was quiet and subdued. Maybe he has changed? Maybe because the director Luv Ranjan made it clear he wouldn’t tolerate bad behaviour. But after reading Vinta Nanda’s heartbreaking account I felt I had to support her. BELIEVE WOMEN. They have everything to lose by speaking out. #IbelieveyouVintaNanda #metoo #Timesup”

In an interview later, Deepika said, “This is an open secret in the industry. When actors sit around and chat, I’ve heard male actors say that women on set were upset with Alok Nath because he would knock on their doors at night. I wish some of these male actors would come forward.”