Vinta Nanda on allegations against Alok Nath: Will be exploring things, I want to protect myself 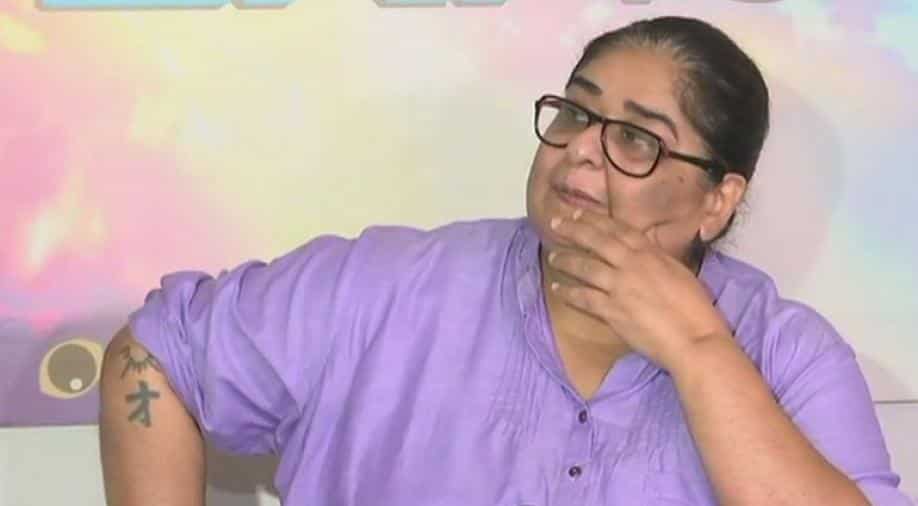 Writer-director Vinta Nanda, who has accused Alok Nath of raping and harassing her, says there was no tension in naming him but she did not realise that the incident, which has affected her for 20 years, would blow up on social media.

Nanda said she is yet to decide what her next course would be but her first instinct was to "protect" herself.

"It has been ages since I have held on to something that has affected me for 20 years. It has been the nucleus of my every situation. I lost my confidence as a writer and as a human being. It changed me fundamentally," she told PTI.

"I want someone who did that to me to be punished but I am not saying anything right now as I don't know what I am going to do next. I did not plan anything," she added.
When asked why did she not name Nath directly, Nanda said there was no fear but she was addressing a specific audience.

"It was my personal Facebook page and I was not expecting the situation to blow up. It was between me and my friends and relatives and everyone understands who is 'sanskari'. There were thousands of comments and a lot of people have asked me who is the person. There was no tension in naming him," she said.

When told that Nath, in a statement, had said that it was probably someone else, she asked, "Do you think he will admit?"

Also see: Alok Nath responds to rape allegations, says 'It was me who made her what she is'

Nanda said she decided to out Nath because she was feeling guilty for having kept the incident to herself while asking others to speak up.

"I have not thought anything beyond this point. I was feeling guilty for holding back and telling others to talk. It was not thought or planned. I will see what to do next. Nothing has been decided. I will be exploring things, I want to protect myself."

In her post, Nanda accused the "most Sanskaari person", as Nath is known, of raping her more than once 19 years ago.

Nanda, best known for the TV show 'Tara', gave a detailed account of the alleged assaults in a lengthy Facebook post-Monday night, the latest expose in the #MeToo movement sweeping India.

She did not name Nath but referred to her attacker as "the most Sanskaari (cultured) person", a sobriquet attached with the actor courtesy his on-screen image of playing the goody-goody father, uncle and grandfather.

Nanda alleged that Nath sexually assaulted her on more than one occasion after he was fired from the 1993 show for misbehaving with its lead actor, Navneet Nishan.
Nishan supported Nanda's allegations against Nath while confirming the harassment she faced at the hands of the actor.

Nishan said she empathises with the "terrible pain" Nanda has gone through. Without naming Nath, she said she also suffered because of this man's "power trip".

"I empathise with Vinta for the terrible pain she has gone through; it is unimaginable. I dealt with the four-year harassment by slapping the man in question and it is done and dusted.

"l suffered the loss of the show and was further shamed by the man through media and I endured that. I fought my battles there and then. I am immensely glad that the power trip and sexual dominance coming from this power is being called out. It is high time," she told PTI.

Actor Richa Chadha was one of many people on Twitter who were quick to put two and two together and name Nath as the person mentioned in Nanda's post.