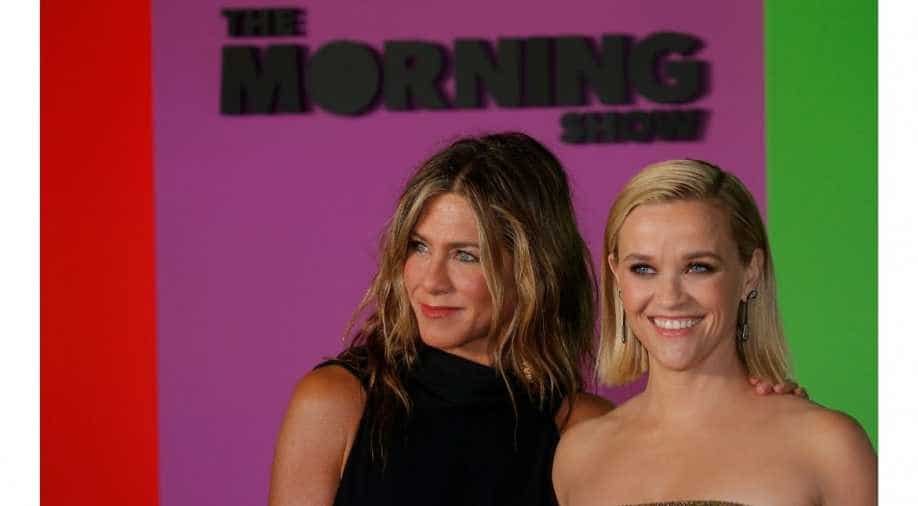 The cultural revolution that Harvey Weinstein's downfall fueled in workplace ethics, Hollywood's casting couch culture, and in dating, is resonating on television and in the movies.

As film producer Harvey Weinstein starts a 23-year sentence in New York for rape and sexual assault, the cultural revolution that his downfall fueled in workplace ethics, Hollywood's casting couch culture, and in dating, is resonating on television and in the movies.

In 'The Assistant,' a young woman grows suspicious of the behavior of her movie mogul boss, but her fears are ignored while in 'The Morning Show,' the fallout after a popular television show anchor is accused of sexual harassment was explored. Also read: Harvey Weinstein experiences 'chest pains' post sentencing, sent to hospital

Then in the awards season film 'Bombshell', the true story of women fighting sexual harassment at Fox News was addressed.

Speaking about 'Bombshell' back in December, producer and actress Charlize Theron said "When this story (Bombshell) broke it was only the tip of the iceberg and then two years later we find ourselves with Harvey Weinstein, with all these allegations of so many men in powerful positions taking advantage of that position but that wasn't the case when this story broke so I feel like we're slowly exposing that giant piece of ice underneath and I think there's going to be more. I think we've started something that's ignited a conversation and a need for women to really share their truth that is unstoppable right now."

Two years into #MeToo, pop culture has moved beyond accusatory headlines to explore the fallout of sexual misconduct, those who suffer from it, and those who commit it.

Many of the new shows are written, produced or directed by women. Men are not always portrayed as monsters and women are often seen as more than traumatized victims.

Writer and director Kitty Green described 'The Assistant,' now playing in US movie theaters, as about predatory bosses, wherever they come from. She based the film on interviews with more than 100 women working in industries ranging from Hollywood to tech and engineering.

"A lot of men come out (of watching the film) feeling very uncomfortable," said Green. "I think a little bit of discomfort is what we need right now if we want things to change. We need people to interrogate their behaviors and the way things were able to go on for so long."

"Promising Young Woman," arriving in U.S. movie theaters in April, takes a different tack. It's a black revenge comedy starring Carey Mulligan as a woman who ruthlessly turns the tables on the bad behavior of both men and women.

Director Emerald Fennell, who also wrote the script, said the film goes beyond #MeToo to provide a wider look at sexist culture that has been in play for decades.

"There's nothing in it that isn't extremely commonplace," said Fennell. "I'm much more interested in our culture and thinking, how are we all part of this awful knot that we need to unpick?"

The Apple TV+ series 'The Morning Show,' produced and directed by women, was set around the personal and professional earthquake that followed the firing of a likeable anchor, played by Steve Carell, on a national television show. One of the women who is silenced by network executives when she reports his behavior later commits suicide.

Reese Witherspoon, who, alongside Jennifer Aniston, acts as executive producer, said before the television show launched, "I think jumping into a cultural conversation is so rich. And particularly as television and movies help us synthesize the things we're seeing on TV, and give us a human perspective. And I'm particularly grateful to the men who joined us on this creative journey, like Steve Carell and Mark Duplass and Billy Crudup, because it's a conversation that needs to be had by men and women both. So, we had a very gender-balanced creative team that was really important to us."

Movie "Bombshell, starring Charlize Theron and television series 'The Loudest Voice,' starring Russell Crowe, are based on multiple sexual harassment allegations in 2016 at Fox News that led to the ouster of founder Roger Ailes. Ailes denied the accusations and died

Theron said, while promoting the film, "I think the complexities of all of this stuff is finally coming forward and I think for me, that's really optimistic because I feel like that's ultimately what it's going to take to get to the crux of the problem."