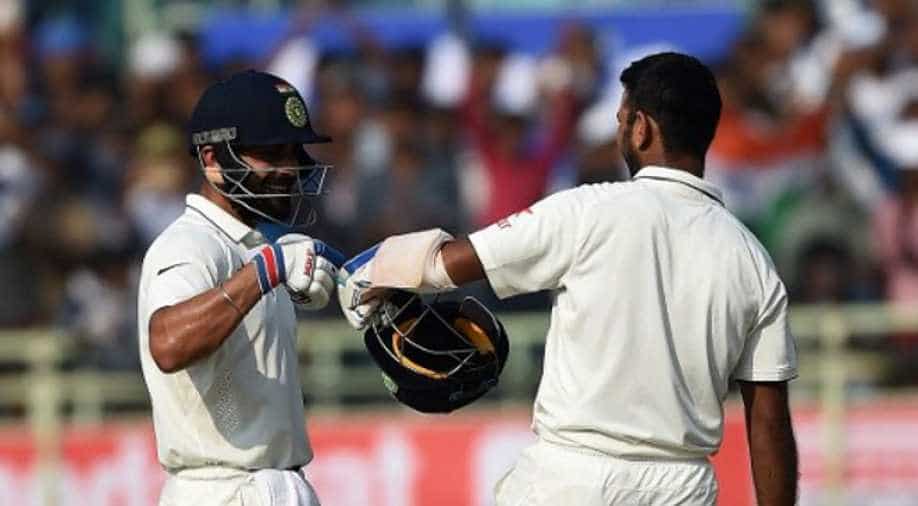 England seamers James Anderson and Stuart Broad took one, after India opted to bat in the first ever test match in the port city. Photograph:( AFP )

Indian skipper Virat Kohli and Cheteshwar Pujara both put India in a strong position after Day one of the second Test against England in Visakhapatnam on Thursday.

Both the players hit centuries to put up a marathon 226-run stand for the third wicket as India reached 317 for four after the early loss of the openers.

England seamers James Anderson and Stuart Broad took one, after India opted to bat in the first ever test match in the port city. They missed a chance to send Kohli back after Adil Rashid dropped Kohli's mistimed pull shot off Stokes. Pujara also survived a England review for leg before against Moeen Ali with replays showing he was hit outside the line.

Fit-again opener Lokesh Rahul, who replaced Gautam Gambhir in the Indian side, lasted just five deliveries as fast bowler Stuart Broad dismissed him in his first over.

Rahul fell for a duck, hanging his bat away from his body to edge Broad to Ben Stokes at the third slip.

His opening partner Murali Vijay looked in good touch, hitting four crisply driven boundaries in his 20 before he fell to James Anderson.