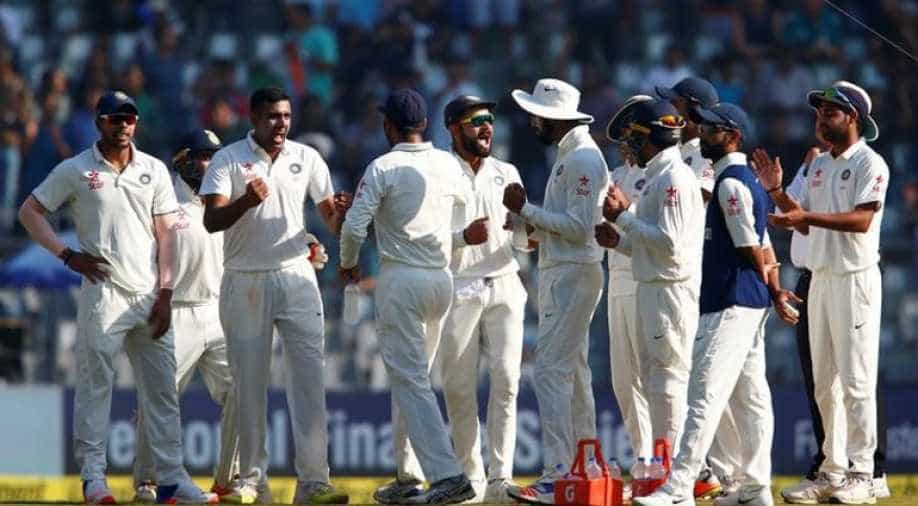 Off-spinner Ravichandran Ashwin picked up six wickets in England's second innings as India cruised to victory in the fourth test at the Wankhede Stadium on Monday to wrap up the five-match series with a game to spare.

The touring side, who resumed the final day on 182 for six, were only able to add 13 more runs to their total as Ashwin took all four remaining wickets in a little more than half an hour and the hosts won by an innings and 36 runs.

The five-wicket haul was the 24th for the world's top-ranked test bowler and his seventh 10-wicket haul, after the 30-year-old also took six wickets in England's first innings, inspired India to an unassailable 3-0 lead.

Trailing by 49 runs entering the final day, England's hopes of making India bat again rested on a pair of wicketkeeper-batsmen -- Jonny Bairstow, who was unbeaten on 50 overnight, and Jos Buttler.

Bairstow, however, misread Ashwin's 'carrom' ball, a finger-spinner delivered with the knuckle, to be struck in front of the wicket after adding just a run to his overnight score and was unable to overturn the leg before decision on review.

Ashwin then claimed a wicket in each of his next three overs to bring about a quick end to proceedings as England's lower order capitulated meekly.

There were some angry words exchanged between James Anderson and the India players when the England number 11 walked in to bat with the umpires forced to intervene to prevent the incident from escalating further.

On what has been a generally dismal tour for England, they also picked up an unwelcome statistic of becoming just the third side in test history to compile 400 in the first innings and still lose by an innings.

Ashwin, who has won the man of the series awards in each of India's last four test series, took his tally to 27 wickets from the four matches against England.

India captain Virat Kohli, who hit 235 in India's first innings for his third double century of the year, leads the run-scoring list with 640 at an average of 128.

The fifth and final test will be played in Chennai from Friday.