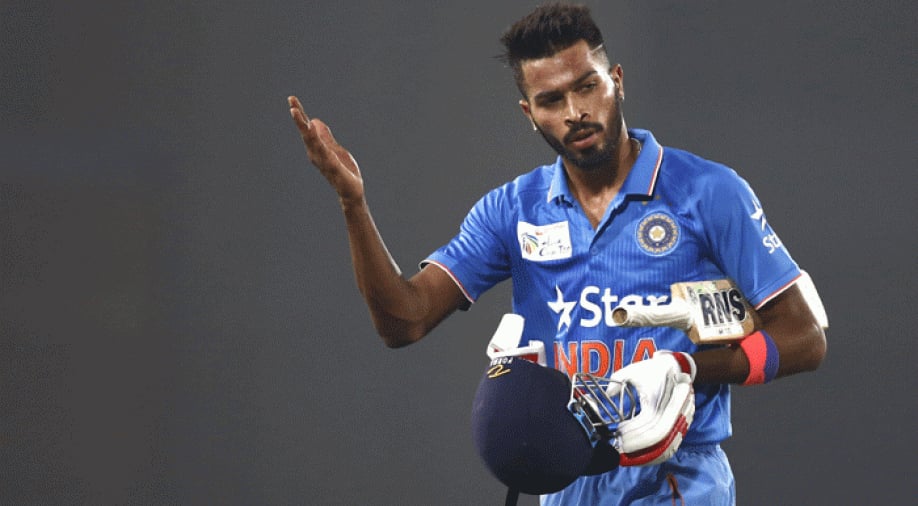 Along with Pandya is bowler Bhubaneshwar Kumar, who is standing shoulder to shoulder with him on the crease Photograph:( Zee News Network )

All-rounder Hardik Pandya has once again proved his mettle by scoring a blistering 93 runs in the first innings of the first test match between India and South Africa.

The batsman-bowler contributed with his bat especially at a time when the Indian side was drowning at 92/7 after lunch.

Along with Pandya is bowler Bhubaneshwar Kumar, who is standing shoulder to shoulder with him on the crease.

After India managed to score 76 runs for the loss of four wickets at lunch, hopes were pinned on Cheteshwar Pujara and Ravichandran Ashwin.

The two, who were playing a slow but tough game against the South African seamers threw their wickets for nothing shot.

While Pujara left the ground on the first ball after the lunch, Ashwin too followed after standing on the crease for not over 15 minutes.

Pujara scored 26 off 92 balls and Ashwin managed to make 12 or 31 balls. Both gave away their wicket to Philander.

India batted out the first hour with diligence, but they didn't add many, with just 48 runs for the loss of a wicket, that of Rohit Sharma at lunch.

South Africa didn't give them an inch, they were accurate and quick.

The Indian cricket team on Saturday resumed their battle against the South Africa seamers after ending the day 1 of the first test match at 28 for the loss of three wickets.

With South Africa's bowling being of top quality, Indians have a lot to do but it won't be an easy task.

Kagiso Rabada has struck for his team and gave them the much-needed breakthrough after sending Rohit Sharma back to the pavilion.

Rohit, who scored 11 runs, even reviewed after discussing it with partner Pujara, but it went in vain.

Now, with loss of four wickets, their task would be to see off the next two hours without any further losses, making sure the scorecard keeps ticking.

Ravichandran Ashwin, who came to the crease, has to support Pujara in order to build a strong partnership.