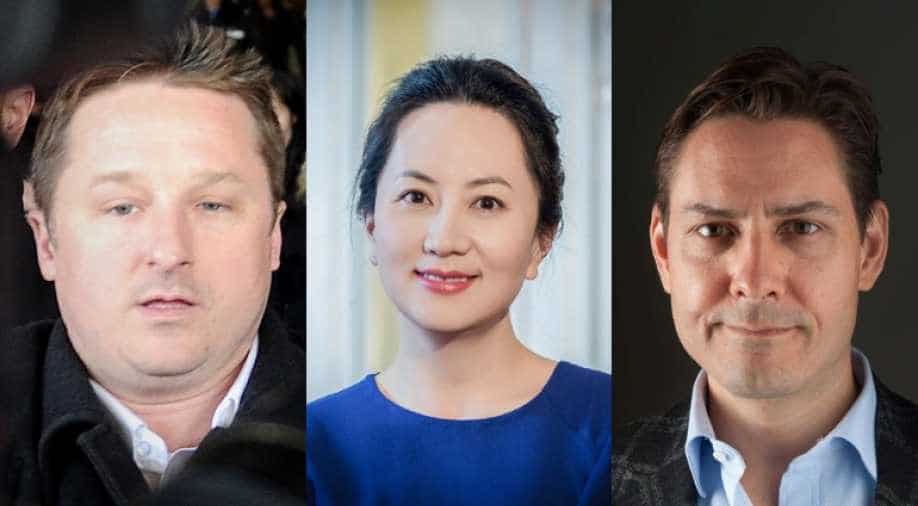 China today confirmed that it was investigating two Canadians - Michael Spavor and Michael Kovrig -  for 'threatening national security' as tensions between the two countries escalated over Huawei CFO Meng's arrest and subsequent bail in Vancouver.

Canadian foreign ministry spokesman Guillaume Bérubé had said in a statement that Spavor who was missing in China was a businessman who is based in the northern Chinese city of Dandong and runs cultural exchanges with North Korea.

Chinese state media had announced earlier that Spavor, a business consultant, was being investigated on suspicion of endangering state security. Spavor who has close ties to North Korean leader Kim Jong-un went missing after Chinese authorities began interrogating him.

The Canadian government had said earlier that it was unable to contact the businessman ever since he notified the government that he was being questioned by Chinese authorities.

Spavor had helped facilitate trips of former NBA superstar Dennis Rodman to North Korea in 2013. Reports said he was trying to secure investments to North Korea after Kim had concluded a successful summit with President Trump in Singapore in June.

China's state-run Beijing News had reported that the Canadian ex-diplomat was suspected of "engaging in activities" that endangered China's national security.

Beijing later said the detained former Canadian diplomat may have violated Chinese laws because ICG was not registered in China.

"If it's not registered and its employees in China are engaged in activities, it is already in violation" of a Chinese law on foreign non-governmental organisations, Lu said.

China's relations with Canada have nosedived in the past week after Huawei CFO Meng Wanzhou was arrested on December 1st on the insistence of US officials for allegedly carrying out transactions with Iran despite US sanctions.

Although Meng was released on a 7.5 million bail on Wednesday but she has been forbidden from leaving Canada.