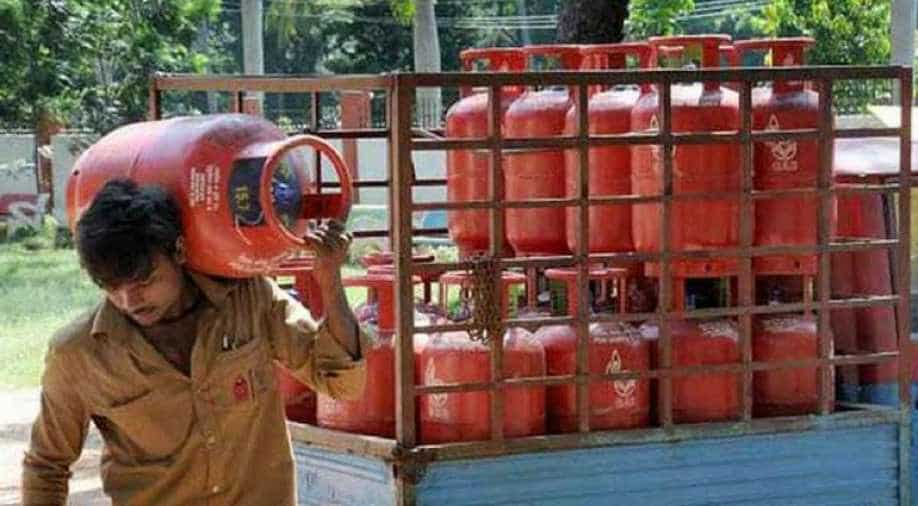 The price reduction comes soon after six consecutive monthly hikes in rates since June. Prior to this price cut, rates had gone up by Rs 14.13 per cylinder since then.

Domestic cooking gas (LPG) price Friday was cut by Rs 6.52 per cylinder on account of tax impact on the reduced market rate for the fuel.

A 14.2-kg subsidised LPG cylinder will cost Rs 500.90 in the national capital from midnight tonight as against Rs 507.42 currently, Indian Oil Corp (IOC), the country's largest fuel retailer, said in a statement.

The price reduction comes soon after six consecutive monthly hikes in rates since June. Prior to this price cut, rates had gone up by Rs 14.13 per cylinder since then.

Subsidised LPG rates were last hiked by Rs 2.94 per cylinder with effect from November 1.

IOC said non-subsidised or market priced LPG rates have been cut by a steep Rs 133 per cylinder to reflect fall in international oil rates and strengthening of the rupee. It will now cost Rs 809.50 per 14.2-kg bottle in Delhi.

All LPG consumers have to buy the fuel at market price. The government, however, subsidises 12 cylinders of 14.2-kg each per households in a year by providing the subsidy amount directly in bank accounts of users.

This subsidy amount varies from month to month depending on the changes in the average international benchmark LPG rate and foreign exchange rate.
When international rates move up, the government provides a higher subsidy. And when they come down, subsidy is cut.

As per tax rules, GST on LPG has to be calculated at the market rate of the fuel. The government may choose to subsidise a part of the price but tax will have to be paid at market rates.

So, with the fall in market price or non-subsidised LPG price, the tax incidence on subsidised cooking fuel has also come down, leading to the current price reduction.

"Accordingly, the upfront cash payment by the consumer for purchase of domestic LPG refill will reduce by Rs 133 cylinder, i.E. From Rs 942.50 per cylinder to Rs 809.50 cylinder in December, 2018 in Delhi market," IOC said.

Subsidised cooking gas consumers will get Rs 308.60 per cylinder subsidy in their bank accounts for the month of December. The subsidy transfer in the customer's bank account has been reduced from Rs 433.66 in November.