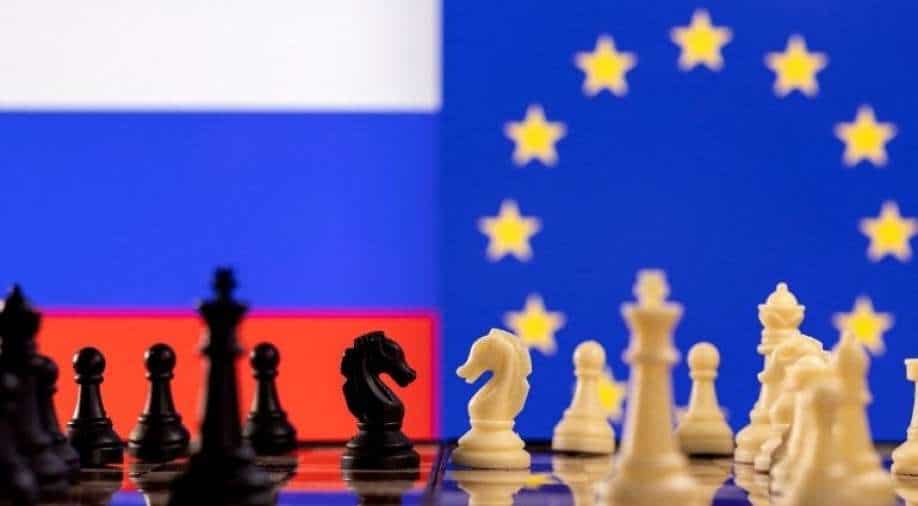 The banks, which have been given 10 days to discontinue SWIFT services, include Russia's second-largest bank, VTB, as well as Bank Otkritie, Novikombank, Promsvyazbank, Bank Rossiya, Sovcombank and VEB

The EU's official journal said on Wednesday that seven Russian banks will no longer be part of the SWIFT network. The move is the result of sanctions over Russia's invasion of Ukraine.

SWIFT has also notified that they will be complying with the EU's instructions.

"To this end, in compliance with the legal instruction in  EU Council Regulation (EU) 2022/345 of 1 March 2022, we will disconnect seven designated Russian entities (and their designated Russia based subsidiaries) from the SWIFT network. This Regulation requires us to disconnect the identified entities on 12 March 2022, and we will do so accordingly."

The banks, which have been given 10 days to discontinue SWIFT services, include Russia's second-largest bank, VTB, as well as Bank Otkritie, Novikombank, Promsvyazbank, Bank Rossiya, Sovcombank and VEB.

As a senior EU official explained, the banks on the list were selected based on their connections to the Russian state, with public banks already subject to sanctions following Russia's annexation of Crimea in 2014.

"All these banks that we have listed under SWIFT... they are all based on their connection to the state and the implicit connection to the war effort. We have not gone for a blanket ban across the whole banking system," the official said.

Also read | ‘SWIFT’ has the power to put Russia on back foot. But what is it actually?

The list does not include Sberbank, Russia's largest lender, and Gazprombank. This is because these companies handle most of the payments for Russian oil and gas, which EU countries are still buying despite the conflict.

The EU official said it was not possible simply to allow energy-related transactions and exclude others as SWIFT was unable to differentiate between types of payments. The official added that these two banks were nevertheless subject to other measures.

On Saturday, the European Union, the United States, Britain, and Canada blocked certain Russian banks from SWIFT, although they did not say which banks would be affected.

There is no clear global rival to SWIFT, a global payments network with over 11,000 members. EU officials said China has established a system, but it remains small, whereas SWIFT is still used for 70 per cent of transfers within Russia despite the existence of a Russian system.

If such systems existed, banks could still transfer funds via workarounds such as faxes and bilateral messaging systems.