Nifty, Sensex fall as banks slide; Indiabulls down by 21% 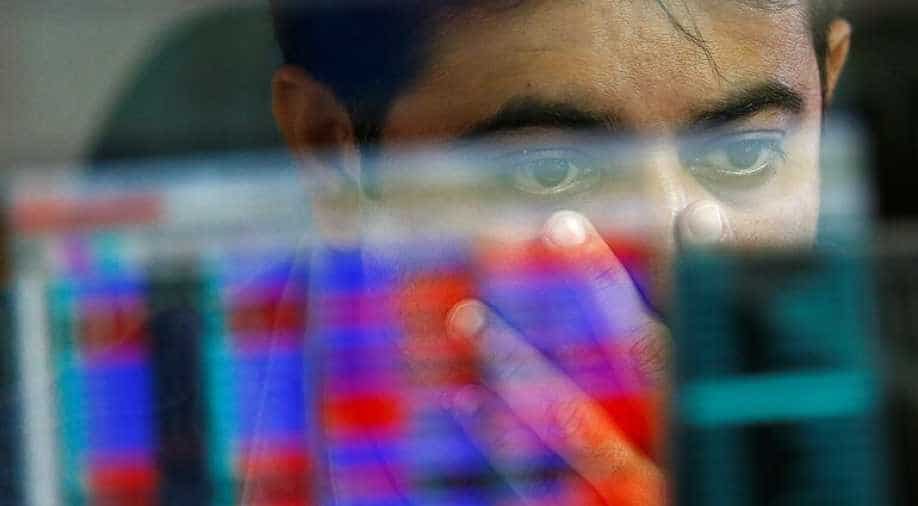 A broker reacts while trading at his computer terminal at a stock brokerage firm in Mumbai, November 9, 2016. Photograph:( Reuters )

Shares were dragged down by declines across banking and metals shares.

Indian shares fell sharply on Monday after a two-week rally, dragged down by declines across banking and metals shares, and amid a lack of further catalysts.

The NSE Nifty fell by 0.68 per cent to 11,434.40 by 0437 GMT. The index firmed more than 2 per cent last week after the government slashed corporate taxes in a bid to boost slowing economic growth.

Shares in Lakshmi Vilas Bank Ltd fell by 4.9 per cent to their lowest since April 2009 on news that the Reserve Bank of India had initiated a so-called prompt corrective action on the lender.

The bank's directors are also being investigated by police after a customer accused them of misappropriating funds.

Indiabulls Housing Finance, which had proposed to merge with Lakshmi Vilas Bank, slumped 21 per cent, its biggest one-day drop in over one year. Monday is the stock's second day of trading after it was removed from the NSE index.

Shares in private-sector lender Yes Bank fell 9.7 per cent. The bank said it had received approval from the Reserve Bank of India (RBI) to increase its authorised share capital in order to raise funds.

The market was being indecisive due to a lack of significant catalysts or drivers, said Kunj Bansal, chief investment officer at Acepro Advisors in Mumbai. "One of the factors which will help the market break out of its current range will be the earnings season", he said.

Earnings announcements for the quarter ended September are scheduled to begin from next week.

The Nifty metals index fell by 2.5 per cent. Tata Steel Ltd and Vedanta Ltd lost 3 per cent each, while JSW Steel was down by 4 per cent.