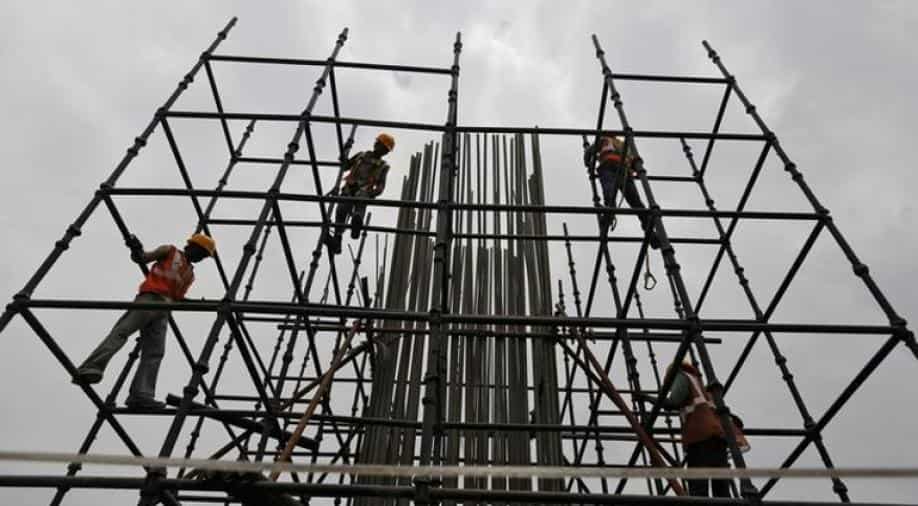 India's growth slowed to 7.1 percent last year, according to official data released Wednesday, in accordance with earlier predictions made by the government and economists.

The GDP growth for the fiscal year 2016/17 that ended on March 31 was below  eight per cent the previous year.

The growth rate in 2016/17 was the fastest for any emerging economy including rival China which grew at at 6.7 per cent in the same period.

However, at 6.1 per cent, the GDP growth for the period from January-March was lower than the provisional 7.0 per cent in the previous quarter.

Pulled down by construction, manufacturing and trade services, India's growth was also lower than China which grew at 6.9 per cent in the first quarter of 2017.

Countries like Myanmar, Bhutan, Ethiopia, and Ghana have been posting faster growth rates than any of the major economies but are clubbed in the bracket of small emerging economies.

Construction activity contracted 3.7 per cent year-on-year in the March quarter compared with a 3.4 per cent growth in the previous quarter. Manufacturing grew 5.3 per cent in the last quarter from a year ago, was slower than an annual rise of 8.2 per cent in the December quarter.

Annual growth in trade, hotels and transport services slowed to 6.5 per cent in the January-March period from 8.3 per cent a quarter ago.

"This is a sharper deterioration than what I expected," Ashutosh Datar, economist at IIFL Institutional Equities, told AFP.

"The fourth quarter (6.1 per cent) is a bit weaker than what I expected."

The figure is the lowest since the December quarter in 2014, which registered 6 per cent growth.

Prime Minister Narendra Modi has defended demonetisation as a counter-measure against corruption to weed out the black money in the economy. His government argues it will boost revenues by dissuading people from using cash, and make tax compliance easier.

While the full impact of the note ban is still not known, analysts had expected a pick-up in the fourth quarter as consumers who had held back in the weeks after the cash ban stepped up spending.

The slowdown was expected since it follows the government's shock demonetisation of Rs 500 (around $7.50) and Rs 1000 notes last November which led to a currency crunch and reduction in demand in an economy which is primarily cash-reliant.

The weak GDP data will be a setback for Prime Minister Narendra Modi, who completed three years in office last week.

A decrease in private sector investement and a banking sector riddled with bad debt continue to dampen economic growth.

Blaming demonetisation, the IMF had also trimmed India's annual growth forecast by 0.4 percentage points to 7.2 per cent for 2017.

The IMF, however, gave India a favourable growth forecast in the medium term thanks to the "implementation of key reforms, loosening of supply-side bottlenecks, and appropriate fiscal and monetary policies" in its annual World Economic Outlook.

A recent World Bank report has advised the Indian government to adopt a more female-and labour-intensive export growth strategy and claims India's economy could achieve double-digit growth if it pushes reforms to increase women's participation in the country's workforce.

On the positive side, the injection of new banknotes after demonetisation, a demand for consumer goods buoyed by the traditional wedding season along with an increase in spending -- people buying fridges and air conditioners to cope with the summer -- have since led a rebound in consumer spending, which fuels more than half of India's economic growth.

An early monsoon, which hit the Southern coast this week, raises prospects of a good harvest which is expected to increase farm incomes and boost agricultural growth.

With government sector salaries also expected to rise, the outlook for a sustained recovery looks good.

India's new Goods and Services Tax bill -- which imposes a uniform rate of taxation across the country -- rolls out from July 1 and should enable the country to achieve its target of 8 per cent growth in the next few years.