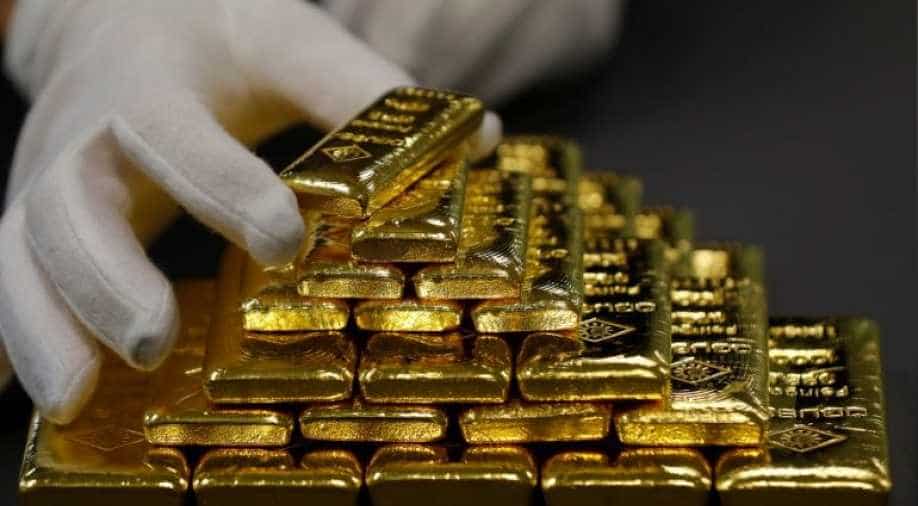 Gold prices remained subdued on Monday after retreating from a 14-month peak in the previous session, as the dollar held near multi-week highs on strong US retail sales data, ahead of the US Federal Reserve meeting this week.

Expectations of an interest rate cut at the Fed's June 18-19 meeting fell to 21.7% from 28.3% on Thursday, in the wake of the strong retail data, according to CME Group's FedWatch tool. However, bets for monetary easing at the July meeting remain high at 85%.

Weighing on bullion's appeal was the stronger dollar, which is holding near a two-week high on Monday, supported by strong US retail sales data, analysts said.

US retail sales increased in May and sales for the prior month were revised higher, suggesting a pick-up in consumer spending that could ease fears the economy was slowing down sharply in the second quarter.

Meanwhile, US Trade Representative's Office on Monday will kick off seven days of testimony from US retailers, manufacturers and other businesses about President Donald Trump's plan to hit another $300 billion worth of Chinese goods with tariffs.

"US-China trade tension is a supportive factor for the gold market, the unresolved trade dispute and any escalation is likely to increase demand for gold," said Michael McCarthy, chief market strategist, CMC Markets.

Indicative of the sentiment, holdings of SPDR Gold Trust, the world's largest gold-backed exchange-traded fund, rose 0.6% to 764.10 tonnes on Friday from 759.70 tonnes on Thursday.

Hedge funds and money managers raised their net long positions in COMEX gold in the week to June 11, the US Commodity Futures Trading Commission (CFTC) said on Friday.

Physical gold discounts in India widened to their biggest in five months last week as an upsurge in local prices dampened purchases, while China and Singapore saw demand rising from investors looking to hedge against a global slowdown.