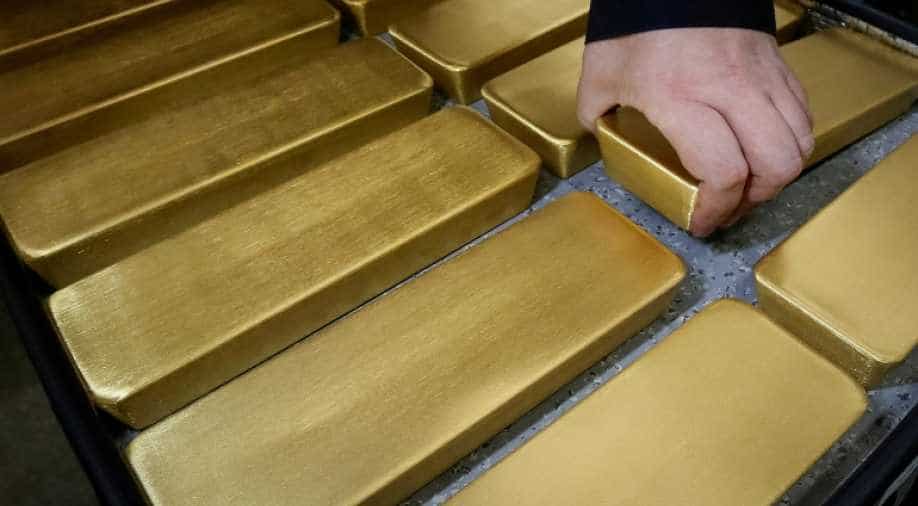 Gold prices hit a two-week low on Friday as the dollar recouped losses on upbeat US economic data, while mounting concerns over a slowdown in global growth offered support to the safe-haven metal.

The dollar, which pulled back from over three-week lows, scaled a 10-week high against the yen and was marginally higher against major currencies.

The US Commerce Department's report showed a better-than-expected performance in the fourth quarter pushed gross domestic product (GDP) up 2.9 per cent for the year, just shy of the 3 per cent annual growth target in 2018.

"Gold is still fundamentally supported for the longer term despite the bearish pressures we see for now due to a slight rise in bond yields and a firm dollar," said Benjamin Lu, an analyst with Singapore-based Phillip Futures.

The benchmark 10-year government yield was up 3.1 basis points on Thursday after the US data.

Higher yields can translate into more demand for the dollar since the currency is used to buy bonds, a traditional safe haven, eroding bullion's appeal.

"Asian economic data has weakened significantly and it continues to show that the economy has started to slow," Lu said, adding gold was being supported by broad-based economic weaknesses.

Factory activity in China contracted to a three-year low in February as export orders fell at the fastest pace since the global financial crisis.

Also, Japanese manufacturing activity contracted in February at the fastest pace in two-and-a-half years as factories cut back output amid shrinking domestic and export orders, a revised survey showed on Friday.

Gold has lost the support from $1,320 level, technically and has not got enough boost from Federal Reserve Chairman Jerome Powell's testimony and negative news on China-US trade, Hong Kong-based bullion dealer Wing Fung said in a note.

"Concerning the slowdown of global economic growth, we are not pessimistic about gold," Wing Fung said, adding the metal has strong support at $1,300 level.

Platinum was up 0.1 per cent at $870.87 per ounce but was trading below its more than three-month high of $876 hit in the previous session.