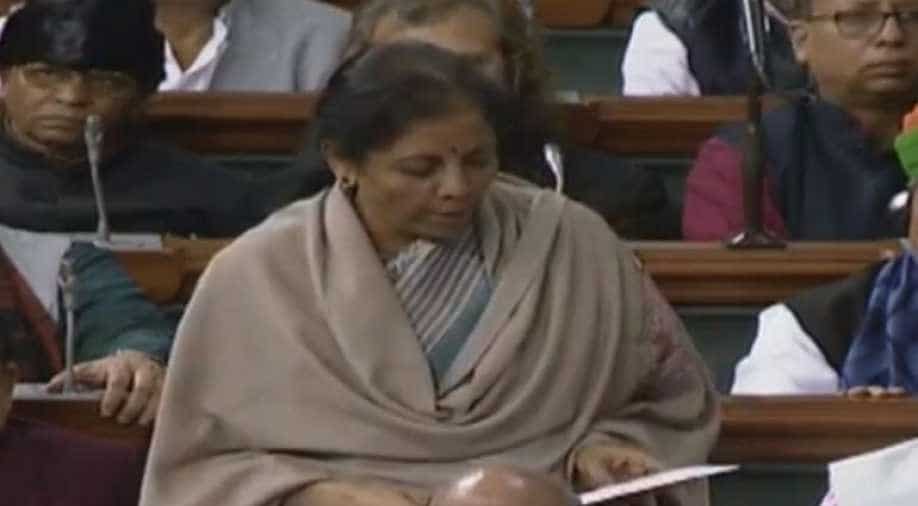 Finance Minister Nirmala Sitharaman on Friday tabled the Economic Survey in Parliament which forecasts that economic growth will pick up to 6.0% to 6.5% in the fiscal year beginning April 1 but warned it may have to miss its deficit target to revive growth.

This year's Economic Survey comes at a time when India is staring at an estimated 5 per cent annual rate of expansion - the slowest pace since 2009.

The Economic Survey, a detailed report card on the economic performance in the past year released a day before the Union Budget is presented by the Finance Minister in Parliament.

The Survey provides an authoritative, detailed and official annual summary of the current state of the Indian economy which will act as a policy guideline to the Union Budget.

Earlier at 11 am, President Ram Nath Kovind inaugurated the Budget session by speaking to a joint sitting of both Houses of Parliament at, outlining the government's policies this year.

Here are the key takeaways from Economic Survey:

The Survey said government interventions seem to be ineffective in stabilising prices of commodities such as onions.

Economic Survey suggests new ideas for manufacturing such as 'assemble in India for the world' which will create jobs.

Removing the red tape: At ports to promote exports as well as measures for easing the start of business, register property, pay taxes and enforcing contracts.

Economic Survey called for improving governance in public sector banks and the need for more disclosure of information to build trust. It also talks about dwarfism in the banking sector.

Economic Survey advocates 10 new ideas that benefit markets as well as the economy.