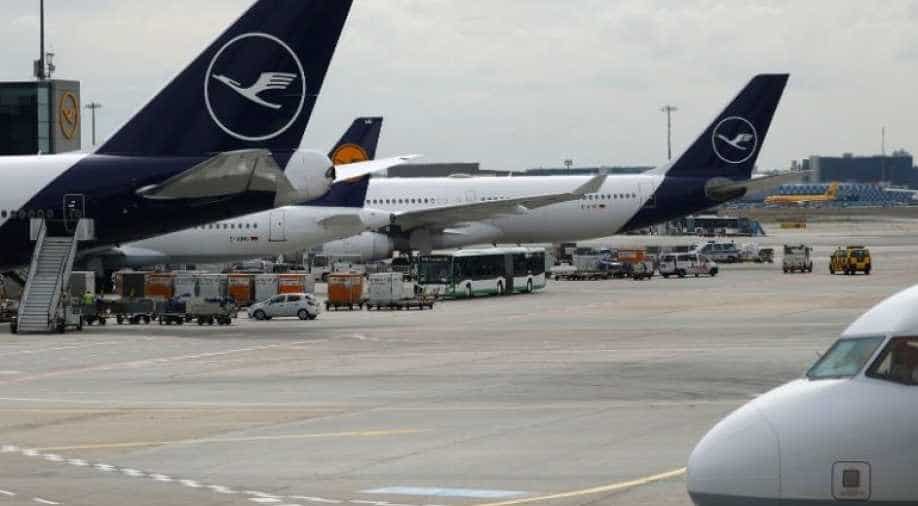 Lufthansa had faced higher than expected fuel costs that were only partially offset by cost-cutting efforts and like rival airlines, it was grappling with "a general slowdown in the global economy".

Lufthansa on Thursday said it was slashing 700 to 800 jobs at its Austrian Airlines subsidiary, more than a tenth of the workforce there, to cut costs in the face of "brutal competition" from rival carriers.

Lufthansa CEO Carsten Spohr said the cull would help Austrian Airlines, which could end the year in the red, achieve "savings of 90 million euros per year" from the end of 2021.

The small carrier was locked "in the mother of all battles" in Vienna with low-cost rivals Ryanair and Wizz Air, Spohr told reporters in a conference call after announcing a rise in the group's third-quarter revenues.

News of the jobs cull sent shares in Lufthansa soaring by 8.8 percent to 17.6 euros by 1140 GMT, putting it at the top of the blue-chip DAX index in Frankfurt.

"We have to reposition ourselves to be able to survive in the brutal competition with budget carriers," Austrian Airlines boss Alexis von Hoensbroech said in a separate statement.

Most of the job losses will come from not replacing departing workers.

The Lufthansa group -- which also includes Eurowings, Brussels and Swiss airlines -- earlier on Thursday said it was on track to meet its full-year outlook despite a "challenging market environment".

The carrier booked a net profit of 1.15 billion euros  between July and September, up four percent year-on-year.

But the jump was mainly thanks to accounting effects, with the group's operating profit adjusted for some one-off items, actually falling eight percent to 1.3 billion euros.

Lufthansa said it had faced higher than expected fuel costs that were only partially offset by cost-cutting efforts.

And like rival airlines it was grappling with "a general slowdown in the global economy", it said in a statement.

Revenues for the period were up two percent to 10.2 billion euros.

Lufthansa's chief financial officer Ulrik Svensson said it was "vital" that the group took action "to further reduce our costs".

Aside from the job losses at Austrian Airlines, the group is hoping that a renewed focus on the Vienna hub and aircraft replacements will further trim costs at the struggling subsidiary.

Looking ahead, Lufthansa said it was on track to meet its 2019 goals.

It continues to expect adjusted earnings before tax and interest of 2.0-2.4 billon euros while revenues are predicted "to rise by a single-digit percentage amount".

The group's total fuel costs for the year are expected to reach 6.8 billion euros, 650 million euros more than in 2018.

Thursday's announcements came as Lufthansa faced a major strike by German cabin crew on Thursday, the first of a two-day walkout that has led to 1,300 flight cancellations.