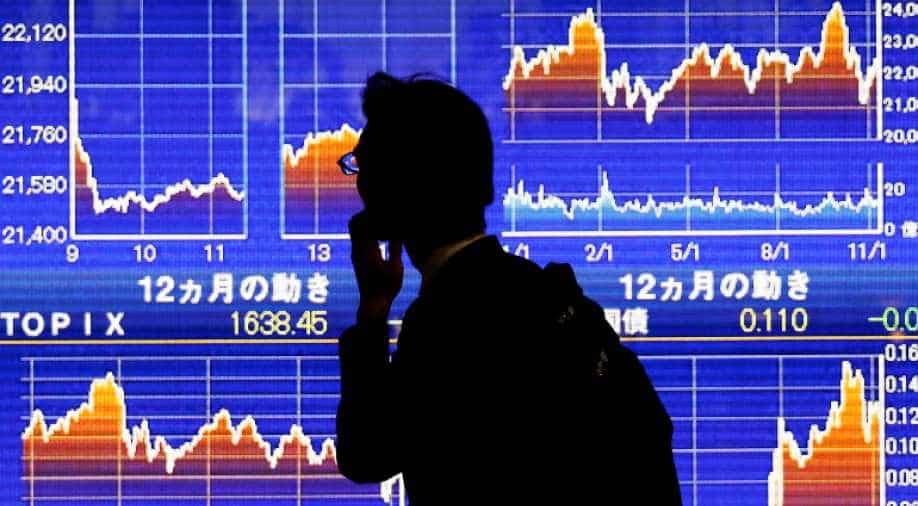 And while there was a stumble Tuesday, the gains continued in Asia in early trade with Shanghai rising 0.6 per cent, Hong Kong up 0.4 per cent, Tokyo ending the morning 0.5 per cent higher and Seoul climbing 0.3 per cent.

Asian markets were mostly up Wednesday with investors remaining positive about the prospects for a China-US trade deal while the pound held its gains as fears of a no-deal Brexit recede.

With few catalysts to drive business, dealers are awaiting the latest developments in trade negotiations between the world's top two economies, which have helped fuel a rally across global markets this year.

And while there was a stumble Tuesday, the gains continued in Asia in early trade with Shanghai rising 0.6 per cent, Hong Kong up 0.4 per cent, Tokyo ending the morning 0.5 per cent higher and Seoul climbing 0.3 per cent.

Sydney added 0.4 per cent though Taipei and Wellington edged lower.

However, while equities are enjoying a broad-based advance, there are warnings against overconfidence.

"Investors will continue to trade from a positive standpoint, but anything that comes out that could possibly derail a China-US trade deal will probably lead to some strong profit-taking flows and a decent downside correction and increase in volatility," said Nick Twidale, chief operating officer at Rakuten Securities Australia.

'Perilous game'
Hopes that Britain will not leave the European Union without a divorce pact in place has also provided some support to markets and the pound in particular.

Sterling held its own in Asia a day after surging more than one per cent on Prime Minister Theresa May's decision to let MPs vote on a three-month delay to the March 29 Brexit deadline if she is unable to ram through her own deal.

But Jeffrey Halley, senior market analyst at OANDA, pointed out that risks remained.

Investors are "clearly second-guessing both the UK Parliament and the European Union, moving to a Brexit delay followed by a Brexit deal scenario", he said.

"This seems like a perilous game to play, but the momentum of this hope-versus-reality trade could push the pound to much higher levels yet. Be warned, though, that a disappointment in this glossy scenario could see just as ugly a move back down."

Traders will be keeping an eye on the second day of congressional testimony by Fed chief Powell after saying Tuesday that he saw inflation falling short of the bank's two per cent target despite rising employment and economic growth.

The comments follow recent Fed announcements that it will be "patient" before lifting or cutting interest rates and did not provide much news to investors.