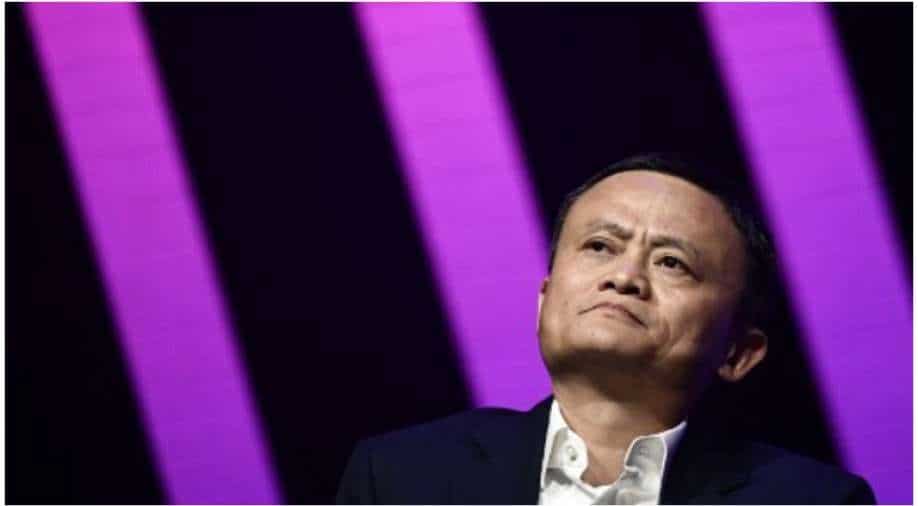 Jack Ma, CEO of Chinese e-commerce giant Alibaba, speaks during his visit at the Vivatech startups and innovation fair, in Paris on May 16, 2019. Photograph:( AFP )

Alibaba, Tencent and other Chinese tech giants took a heavy hit as their shares tumbled for a second day on Wednesday. The companies lost billions as Beijing's market regulator released draft antitrust rules that gave signals of crackdown on high-flying internet giants. The rules, released on Tuesday (October 10, 2020) outlined steps to prevent 'monopolistic behaviour' in internet companies. This is a marked departure from China's previous approach on antitrust issues. The announcement came on the eve of Singles' Day, the world's biggest shopping festival propelled by Alibaba.

The losses followed massive drops for the firms on Tuesday.

ALSO READ | Diwali 2020 Muhurat Trading: Here is what you need to know

"The dominance of the big players may have reached a point that is making authorities feel uncomfortable," he said.

"They are looking to reduce this dominance or at least keep it in check."

The guidelines, put out by the State Administration for Market Regulation, take specific aim at internet platforms and issues such as exclusivity clauses that hinder competition.

China's antitrust watchdog is also targeting acts constituting an "abuse of dominant market positions" that could squeeze out smaller rivals -- including unfair pricing, restricting transactions without justifiable reason, or pushing different prices and conditions on customers based on their buying habits.

The move to force business partners to "pick one of two", therefore selling exclusively on one platform, is explicitly cited as a monopolistic practice as well.

China's tech firms are known to have captive ecosystems. Alibaba's Taobao platform, for example, supports payments via its own Alipay rather than Tencent's WeChat Pay.

Beijing has moved to clip the wings of its fast-growing online platforms, most recently halting a planned record-smashing $34 billion IPO of Ant Group -- Alibaba's financial arm.

But Supun Walpola, equity analyst at LightStream Research, noted that even if the new rules affect companies' current operations, it does not "drastically" hit their core business models.

"For instance, given its scale and penetration, I see no reason why Alibaba cannot be successful even without practices like data collaboration, price descrimination or exclusivity clauses," he said.